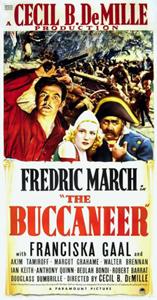 When the United States declared war on Britain in 1812, it was widely believed that Britain’s colonies in Canada would easily fall to America’s much larger population since Britain was already engaged in a life and death struggle with Napoleon. However, the invasion did not go according to plan. Aside from several naval victories, the first few American armies that entered Canada were either captured or forced to retreat back across the border. Control of border forts shifted back and forth until Napoleon’s abdication on March 31, 1814 freed thousands of British troops for a seaborne invasion of the east coast, which resulted in the burning of Washington. Since recently annexed Louisiana was considered ripe for the plucking, a fleet was dispatched to capture New Orleans, and thus improve the British hand in the on-going peace negotiations. Having just crushed a rebellion by the Red Sticks faction of the Creek Indians in Alabama, General Andrew Jackson was sent to oversee the defence of New Orleans.

After capturing Washington and burning the White House in retribution for the burning of York the previous year, the British plan to capture New Orleans, believing that the recently annexed city has little loyalty to the young republic. News that that they will be opposed by General Andrew Jackson (Hugh Southern) is greeted with contempt. Aware that pirates led by Jean Lafitte (Fredric March) control access through the bayous to the city, Senator Crawford (Ian Keith), a New Orleans legislator who is conspiring with the British, is instructed to bribe Lafitte to guide the British fleet through the bayous. Attracted by the lack of customs duty, the citizens of New Orleans flock regularly to buy smuggled goods at a bazaar operated by Lafitte’s men outside the city, so Lafitte is wealthy. However, his girlfriend, Annette de Remy (Margot Grahame), a member of the city’s elite, will not marry him until he is both wealthy and respectable. Respecting the American flag, Lafitte has forbidden his men to attack American ships. However, one of his captains ignores his orders and executes everyone on an American ship. The sole survivor, Gretchen (Franciska Gaal), would have been killed but she is placed under Lafitte’s protection.

The British offer Lafitte the rank of captain, land and a pardon for his men, and $30,000 in exchange for his help. Hoping to win a pardon and become respectable, Lafitte meets with Governor Claiborne and offers to fight for the Americans. Unknown to Lafitte, his efforts are sabotaged by Crawford, and one of the pirates betrays Lafitte and shows the British how to get through the swamps to reach a plantation near New Orleans, so Jackson’s small army faces destruction.

Director Cecil B. DeMille seems to have believed that historical accuracy was absolutely critical, unless it interfered with the story, then it was ignored. Details such as the names of the British officers leading the attack on Washington and the generals summoned by Jackson to help defend New Orleans are correct. However, a heavily romanticized Lafitte is given a central role in the American victory, and the complex British campaign against New Orleans is streamlined into one simple battle.

Although the United States was neutral during the Napoleonic Wars (1803-1815), it was considered too weak to defend itself, so French and British privateers took American ships at will. The number of captured ships eventually became too large to ignore and the British habit of pressing American sailors into the Royal Navy finally drove the American government to forbid trade with any foreign ports in 1807. Denied access to legal goods, people turned to illegal channels. New Orleans already had a rich tradition of smuggling but it blossomed rapidly, and Barataria Bay, fifty miles to the south of the city, became the smugglers’ base. In 1809, the American embargo on foreign trade was replaced by an embargo on trade with Britain and France only but smuggling remained widespread in New Orleans. Supply was provided by privateers sailing under letters of marque from Cartagena, Columbia, which had rebelled against Spain. Since France had lost its possessions in the Caribbean, French privateers also started taking their captured cargoes to Barataria.

The Lafitte brothers, Jean and Pierre, former slave dealers, grew rich by serving as middlemen between privateers and buyers in New Orleans. Although the brothers owned several small privateers, they themselves never went to sea. Caught during a routine smuggling operation, friends in the legal system ensured that the Lafittes were not immediately thrown into jail, but they became outlaws after they refused to appear in court. When Governor Claiborne offered a $500 reward for Jean’s arrest, he responded with a reward of $1,000 for Claiborne’s arrest.

The script simplifies the situation. Aside from eliminating Pierre, one of the two Lafitte brothers, the numerous privateers are also erased from the story. Instead, Jean Lafitte leads a mighty band of pirates who plunder any ship that takes their fancy, sell the cargoes at bazaars located near the swamp, and have a distressing habit of breaking into song more often than is necessary.

The British offer to the fictional Lafitte is accurate, and the genuine Lafitte did send the offer to Governor Claiborne, but the two men did not actually meet. Having devoted a great deal of energy to eradicating the smugglers, Claiborne remained suspicious and launched a raid on the smuggler’s camp, capturing numerous smugglers, although the Lafitte brothers escaped into the swamp.

The screen Lafitte convinces the pirates to reject the British offer because he wants to earn Annette’s love and he genuinely wants to become American. Motivated by more practical concerns, the real Lafitte realized that the British offer only meant something if they won, while the financial benefits hardly compared with the profits he was already making. As a Frenchman it was difficult to cooperate with the British, and as a slave trader, he naturally wanted his biggest market to continue to exist, especially since Britain had outlawed slavery. After the British took control of nearby Lake Borgne on December 15, the threat of an invasion became real. Despite the sobering knowledge that he was heavily outnumbered, Jackson refused to even consider the idea of cooperating with the Laffites. Many leading citizens felt that Lafitte’s offer to help the government against the British should have been accepted, so they arranged for the state legislature to suspend the charges against the smugglers for four months but it took a personal appeal from Jean Lafitte in early December to win Jackson’s respect. Three companies of badly needed artillerymen were easily raised from the smugglers and Jean’s familiarity with the local geography would prove invaluable. Since few residents of New Orleans volunteered for the militia, an impatient Jackson declared martial law and simply drafted every able-bodied male.

The movie is primarily a love story, not a war movie, so there is one single, climatic battle, and the battle scenes are not the best part of the movie. The British employ a secret route to reach a plantation near the city, but advance warning enables Jackson to build a defensive wall. Despite the wall, Jackson’s troops and hastily recruited militia appear likely be overwhelmed but the pirates arrive with desperately needed gunpowder and cannon. Thanks to the smugglers’ cannon, once the battle commences, the British start marching and then start dying. In reality, the British had chosen a horrible route, only half of the army could be transported at a time, and the journey was exhausting. Shortly after the first part of the army reached the plantation, Jackson led a surprise night attack on the British camp, and the stunned British commander believed that the Americans were stronger than expected, so he wasted precious days waiting for the rest of the army, which gave Jackson time to build a defensive line along a canal. Unlike the flimsy wall of trees and cotton bales in the film, the actual wall was so high that the British required ladders to reach the top.

While there is no doubt that the corsairs played a role in the eventual victory, it was a minor role. The true reason for the greatest American victory during the war was British incompetence and a refusal to abandon a fatally flawed approach.

Since it is a tragic love story, Lafitte’s previous sins catch up with him, and he is denied the happiness he sought. While Lafitte’s final fate may appear unjust, the real Baratarians had been granted a presidential pardon for all actions prior to the battle. The Lafitte brothers were finally forced to leave the United States due to a combination of dodgy business dealings, conspiracies with American filibusters in Texas and the knowledge that they were spying on the filibusters for the Spanish.

Dolly Madison (Spring Byington), President James Madison’s wife, has an impressive spirit, remaining calm despite the news that British are about to seize Washington. Famous for her skill as a hostess, she did delay her departure from the White House to save a portrait of George Washington and the Declaration of Independence.

Unfortunately, the movie does not mention that a peace treaty had already been signed several days before Jackson’s victory, but news did not reach the city until more than a month later.

While his French accent could have been better, Fredric March did have style, making a stunning exit from the victory ball when he loses his chance at a pardon. Akim Tamiroff is excellent as Dominique You, Lafitte’s second-in-command, telling stories about serving Napoleon while bargaining in the smugglers’ bazaar. Hugh Southern gives a good portrayal of Old Hickory.

The script is bursting with sharp dialogue. “I know, you drink hard, you fight hard, well, you will die hard.” “You are a walking death warrant,” and “I will give you some belaying-pin soup.” At one point Gretchen complains that Lafitte does not know anything about women, and he responds wearily: “Does anyone?”

More of a love story than a war movie, the film is an entertaining and relatively accurate look at the New Orleans campaign during the War of 1812.