The nation is still at war, rich speculators profit on the war, and racial tensions are high. If only the show was as good as it sounds. Billed as a gritty look at the early days of law enforcement, the only grit in Copper is applied to the extras pretending to be beggars.

While the low-budget production values associated with the BBC add to the charm of Doctor Who, the same can not be said for Copper. The over-crowded slums look empty, the boxers in the bare-knuckle boxing matches are sweaty but otherwise unbloodied, and the violence seems tame for a cable show. 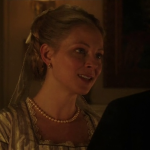 The lead character, Detective Kevin “Corky” Corcoran (Tom Weston-Jones), is charismatic, earnest, tough and sensitive. Having returned from the Union army a few months ago, Corky is obsessed with finding his missing wife, who disappeared while he was serving in the army. However, he is a man, and has needs, so he slakes his lust nightly with Eva Heissen (Franka Potente), the madam of the neighborhood whorehouse. But only the madam gets to console him in his time of grief. Well, her and one of her prostitutes, who finds out the hard way that the madam is extremely territorial. Oh, and also the newly widowed Elizabeth Haverford (Anastasia Griffith), a wealthy socialite, who has been gagging for a bit of rough from the slums. Actually, Haverford’s increasingly blatant drooling over the detective is one of the more entertaining parts of the show. 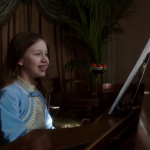 Supporting characters like Corky’s fellow detectives Francis Maguire (Kevin Ryan) and Andrew O’Brien (Dylan Taylor), and Joseph Sullivan (Ron White) the precinct captain, are given dialogue but not personalities. Therefore it is strange that the only person with any spark of life is ten-year-old Annie Reilly (Kiara Glasco), a former child prostitute. Having been repeatedly raped and abused, she is not a typical adolescent, therefore she is unable to appreciate the efforts made by the well-intentioned Corky to provide her with a proper childhood. Given the horror of her past experiences, Annie should be sympathetic but she is simply creepy. 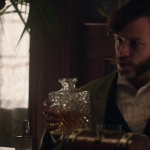 Aside from the disturbing Annie, the only genuine character is Robert Morehouse (Kyle Schmid), Corky’s former commanding officer, who lost a leg at Gettysburg. Constantly drunk, he takes drugs, frequents whorehouses, seems to be honestly color-blind, fixes fights and basically enjoys every second of the day. Another interpretation is that he simply seeks a variety of tranquilizers to numb the pain of an amputated leg and purposeless life. Either way, he seems real.

The show is supposed to examine a period of time when law enforcement was more preoccupied with maintaining order than solving crimes. Apparently, there was little crime during the 1860s because the season’s ten episodes examine a mere six cases, all of which are solved before the final credits and have a happy ending. As a fan of the ground-breaking police procedural Homicide: Life on the Street, created by Copper’s executive producer Barry Levinson and showrunner Tom Fontana nineteen years ago, this sugar-coated approach is a genuine disappointment.

Matthew Freeman (Ato Essandoh), a doctor and Corky’s go-to-man for autopsies, appeared to offer an early look at a time when scientific investigation of crime was in its infancy but he exists simply to provide Corky with clues, not to present the process of examining dead bodies. However, he is a window to life in the African-American community, and his wife is still recovering from the trauma of the Draft Riots of July 1863, the previous year, when white laborers, mostly Irish, angered by the announcement that Congress had passed a law drafting men into the Union army to fight in the Civil War, rioted for three days. Although initially enraged that the wealthy could avoid military service by paying a fee of $300, the rioters soon targeted blacks, killing at least a hundred African-Americans, and any whites who interfered, including police officers. The rioting only ended after army units transferred from Gettysburg restored order. Although the immediate threat had ended, many African-Americans still felt unsafe and moved to villages near the city.

Although other writers produce the actual teleplays, series creators Tom Fontana and Will Rokos have written every episode. Their historical research has been uneven, since they introduce a plot to destroy the city with Greek fire even though the secret of its manufacture had been lost for centuries. Admittedly, the conspiracy was based on an actual Confederate plot, but it was foiled by the hard work of New York City firemen, not the police. However, Morehouse’s father, a greedy, condescending power-broker, is an accurate representation of the numerous rich men who speculated on the price of gold, which infuriated President Abraham Lincoln, because it made the war even more expensive.

There are good moments in the show, including the presentation of the voting on election day, where each side marshaled voters to vote repeatedly under different names in exchange for whiskey. Unfortunately, there is no real discussion of the election itself, whether President Abraham Lincoln or his Democrat challenger, General George McClellan, should win, or the merits of the Emancipation Proclamation. Or anything to do with the war other than its existence. Everything is vague, even Haverford’s barely-hidden Confederate sympathies, which would be more interesting if they were developed or at least explained. Is it due to a desire to see the horrible war end or simply sympathy for the southern aristocracy, since she is a member of the British aristocracy? Politics receive little attention, but John Wilkes Booth and his two, more famous, brothers appear in several episodes, and act together on stage in a performance of Julius Caesar, which actually did happen.

Did Fontana and Roklos just want an excuse to show people playing dress-up in old-fashioned clothes? Or do they think that their audience can not handle any real history? Regardless of the reason, the show is a relatively bland but painless look at life on the home front during the American Civil War. Copper has been renewed for a second season, so hopefully the next season will actually show some police-work.