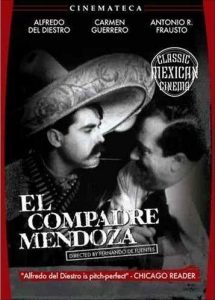 Although Mexico had prospered under the thirty-four-year dictatorship of Porfiro Diaz, social tensions were bubbling below the surface. When Francisco Madero organized a revolution in November 1910, his middle-class supporters were crushed by Diaz’s ruthless intelligence apparatus but the uprising unleashed powerful social forces. In the northern states of Chihuahua and Coahuila, Pascal Orozco and Pancho Villa led a revolt by villagers tired of the iron grip of local oligarchs. Rebellion had broken out in the southern states as well, and one of the more effective leaders was a village chief in Morelos named Emiliano Zapata. Faced with rebellions in eighteen states, Diaz resigned on May 25, 1911, and fled the country. Madero shocked his supporters by refusing to purge the government of Diaz loyalists, who launched a coup in February 1913. Madero mistakenly trusted General Victoriano Huerta, who switched sides, deposed Madero, and then betrayed the plotters by making himself president.
News of Madero’s murder led Villa to return to guerrilla warfare against Huerta. Zapata had never actually stopped fighting since Madero had refused to approve large-scale land reform, but Huerta was confident he could handle both of them. The situation worsened when Venustiano Carranza, governor of Coahuila, assumed leadership of the revolution. Despite Huerta’s contempt, Villa had built up a professional army, while Zapata had become a skilled guerrilla, who organized rebellions in several states. Huerta would have been overthrown sooner but Carranza resented Villa’s insistence on autonomy, and gave more resources to Alvaro Obregon, a more loyal general. Huerta resigned on July 15, 1914 and fled to exile in Spain. Carranza thought that he was the natural choice for president, but Villa and Zapata had the two largest armies in Mexico, and they both detested Carranza. On his own, Carranza was no match for either Villa or Zapata but Obregon still nursed a grudge from when Villa had tried to execute him. Since Zapata had little interest in events outside of Morelos, Villa was left to face Obregon alone. Several days of fighting at Celaya proved that Villa was simply a charismatic cavalry leader, and when he limped back to Chihuahua, he no longer had the largest army in Mexico. Since both Villa and Zapata were contained in their respective strongholds, Carranza was able to take control of the rest of Mexico. Tired of the constant warfare that had turned Morelos into a burned-out hulk, many zapatista leaders simply refused to fight, and a desperate Zapata was assassinated in April 1919.

During the chaos of the Mexican Revolution, Don Rosalio Mendoza (Alfredo del Diestro) happily welcomes both Zapatistas and Huertistas at his hacienda. While the expense of hosting both sides must have been considerable, he managed to ensure that his hacienda was not burned or occupied by Zapatistas. In fact, Rosalio is thriving due to the revolution, and marries Dolores ‘Lolita’ Garcia (Carmen Guerrero), the beautiful daughter of the impoverished owner of another hacienda. The wedding takes an ugly turn when Zapatistas silently make their way past Colonel Martinez’s (Abraham Galan) drunk troops. Unfortunately, the Zapatistas are led by a general who does not tolerate collaborators and plans to hang both the colonel and don Rosalio, until Felipe Nieto (Antonio Frausto), another Zapatista general, appears and ensures that only one piece of rope is required. A frequent visitor to the hacienda, the dashing Nieto agrees to serve as godfather to their baby, but the stress of dealing with warring factions takes its toll on Rosalio. Fearful for the safety of his wife and son, Rosalio plans to move to Mexico City, but Zapatistas blow up the train transporting his crop, leaving him vulnerable to an offer by a Carrancista colonel to betray Nieto.

The standoff between the two Zapatista generals at Don Rosalio’s wedding was not uncommon, since the Zaptistas were essentially a collection of guerrilla bands that were kept united only by a shared enemy and the threat of execution for overly troublesome guerrilla leaders.

Despite his polished demeanor, Nieto genuinely believes in the Plan of Ayala and hopes that the peasants will own their land. Since the film was made relatively soon after the Mexican Revolution, the script does not discuss the plan, which called for the division of large estates in order to return land to the peasants. While the Villistas were simply fighting against a dictator, but had little desire to reform society, the Zapatistas were waging an agrarian revolution, and were actually able to implement their plan during the period when Carranza was bottled up in Vera Cruz. Once Villa gained power, he primarily seemed to believe in Villa, but Zapata was a zealous believer in the rights of the peasants of Morelos.

The main responsibility of Rosalio’s aide appears to be switching portraits of Huerta and Zapata, depending on whether the Zapatistas or the Huertistas arrive at the hacienda. As Rosalio’s son grows up, the only sign of change in the revolution is that the Zapatistas are now fighting Carrancistas, rather than Huertistas, therefore Huerta’s portrait is replaced by a portrait of Carranza. Although the movie does not provide much historical context, it correctly shows that the Zapatistas fought throughout the revolution. Unlike most of the other revolutionary factions, they fought Madero after Diaz fled to exile, and continued fighting after the dictator Huerta had been driven into exile. Rosalio’s exhaustion near the end of the movie reflects the disillusionment in Morelos, since the state had been a battlefield for ten years.

Rosalio sees his hopes for safety in Mexico City disappear when the Zapatistas blow up the train transporting his crop, which reflects Zapata’s strategy near the end of the revolution. Aware that his forces could not face Carranza’s armies in the open, he destroyed property like railways, factories and mills to show foreign investors that Carranza did not control Mexico. When the Carrancistas responded with mass executions, Zapata began blowing up trains, killing both civilians and troops.

Rosalio tells Nieto that the Carrancista colonel wants to become a Zapatista, but will only surrender to Nieto, and arranges a meeting at his hacienda. The betrayal of Nieto resembles the assassination of Zapata, who was lured into a hacienda by the promise that a colonel in Carranza’s army would switch sides. It seems likely that Zapata suspected that it was a trap, but had no other option since most of his followers had either been killed or had surrendered. Believing that he had to take a chance, Zapata rode into the gate, the troops presented arms for a salute and then shot him dead.

Many bottles needed to be emptied during the banquets that were held to keep both sides happy, so there is a lot of drinking in this movie. However, the emotional tone darkens during the movie, since Rosalio begins to view the banquets as an obligation.

Alfredo del Diestro had played a flawed character in director Fernando de Fuentes’ earlier film Prisoner 13, but this film allows the actor to display an impressive range. The gradual transformation of a rich landowner with limitless charm into a nervous, worn-out father, who visibly struggles with the decision to betray his best friend elevates an interesting story into a powerful look at the cost of the Mexican Revolution.