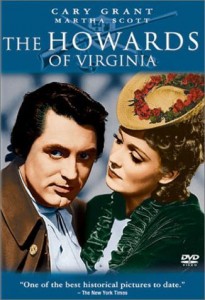 British colonists in the northern colonies of North America had lived in terror of French-supported Indian raids for generations. Since the conquest of France’s colony Quebec during the Seven Years’ War (1756-1763) had ended that threat, relations between the colonies and England should have prospered but new sources of tension appeared. The war had been ruinously expensive but the colonists resisted fiercely any attempt to impose taxes or to crack down on smuggling. The homes of tax collectors and prominent Loyalists were burned by Patriot mobs but the final straw was the Boston Tea Party on December 16, 1773, when radicals dressed as Mohawks stormed a ship carrying East India Company tea and threw the tea in the harbor. The flagrant disregard for the authority of the British government became too blatant to ignore. Instead of giving into Patriot demands for greater autonomy, British soldiers were sent to Boston under Lieutenant General Thomas Gage to restore order, while four acts, later known as the Intolerable Acts, limited the authority of local assemblies. At the same time, the thirteen colonies held the First Continental Congress on September 5, 1774 to determine a united reaction to Britain’s repressive policy.

The British were taken by surprise by the American colonists’ rebellion in 1775 but a powerful army had driven the rebels out of New York City in 1776. Hoping to deal the rebellion a fatal blow, the British had captured Philadelphia, the capital of the colonies, in September 1777 but instead of a capitulation, the main rebel army reformed and continued to fight. Worse, a British army under Lieutenant General John Burgoyne surrendered to Major General Horatio Gates at Saratoga on October 17. This victory convinced France to enter into a formal alliance with the American colonies, so troops were taken from the American colonies to protect other colonies, which necessitated abandoning Philadelphia. The much-reduced British army found itself locked up in New York City. The American army lacked the ships and cannon needed to force its way in, so the war in the north reached a stalemate.

However, British leaders were convinced that the South was overflowing with loyalists who would flock to a British army. Leaving enough troops to hold New York City, the rest of the British army landed near Charleston, South Carolina on February 11, 1780. Six months later, two separate rebel armies had been destroyed. Believing that South Carolina had been pacified, the British prepared to move into North Carolina but partisan bands had sprung up all over South Carolina, while over-confident British commanders had suffered overwhelming defeats at Cowpens and King’s Mountain. After a Pyrrhic victory at Guilford Courthouse in North Carolina, Lieutenant General Cornwallis abandoned the attempt to hold the Carolinas and led his surviving troops into Virginia. Surrounded at Yorktown by a Franco-American army, he was forced to surrender on October 19, 1781.

Lured by the promise of land, James Howard, a poor farmer, enlists in one of the militia companies raised by Virginia for General Edward Braddock’s expedition into Ohio against the French and the Indians during the Seven Years’ War. Unfortunately, Braddock’s army is massacred, and Howard does not survive the expedition, so his son Matt is forced to leave school to help his mother with the farm. Twelve years later, an adult Matt Howard (Grant) is close friends with Thomas Jefferson (Richard Carlson), who gets him a job surveying in Ohio for Fleetwood Peyton (Cedric Hardwicke), a rich plantation owner from the Tidewater (the rich part of Virginia), without mentioning that Howard is a poor man from the backcountry. Howard falls for Peyton’s sister Jane (Martha Scott) despite the huge social gap between them. When she discovers his actual social status, he is forbidden to associate or even work for them, but he soon wins her heart with honest love. Although shocked that the new home is a cabin, and that their neighbours drink from whiskey jugs, the young bride stands by her man. The plantation thrives, but he refuses to change his ways and become a gentleman. Rejecting his eldest son, who was born with a club foot, like his brother-in-law who looks down on him, Howard lavishes his love on the younger son.

Following Jefferson’s advice, Howard is elected to the House of Burgesses (the colonial legislature), where he joins a growing number of representatives who protest the Stamp Act. As relations between the colonists and the British government continue to deteriorate, Jefferson and Howard become leaders of the opposition to the British in the House. A clash between Minutemen and redcoats at Lexington leads to open rebellion, and Howard becomes a captain in the militia against his wife’s wishes. Unwilling to compromise, he separates from her.

Furious about the changing of the traditional order, Fleetwood’s criticism of their father drives Howard’s sons to join the rebel army. Watching his sons adjust to the hardships of army life, Howard sees his eldest son in a new light, just as the rebel army moves south to trap Cornwallis in Yorktown.

While relations between the colonial militia and the regular officers were not smooth, there was little if any talk of rebellion during the Seven Years’ War. Braddock is rightly criticized for fighting in columns in an open road where the redcoats made a nice, bright target for the Indians hiding in the forest. Braddock’s inflexibility did cause the deaths of roughly four hundred and fifty men but most of those men were British soldiers, who were either killed while standing in the middle of a narrow road carved out of a forest or were wounded men left behind, who were slaughtered by Indians. However, the script states that almost all of the Virginia militia died in a valiant last stand to cover the retreat, which is intended to show that British stupidity had caused the death of brave Virginians. In reality, there was no retreat, just a mad rush for the rear that left the wounded lying on the ground. Unfortunately, the movie does not show that Braddock’s successor, Colonel Thomas Dunbar, abandoned the frontier and marched back to Philadelphia, leaving Virginia, Maryland and western Pennsylvania defenceless against Indian attacks.

The screen Patrick Henry is a faithful portrait of the real man. A spell-binding orator, Henry burned with fervor in everything that he did. His attacks on the established order were often greeted with calls of treason but his provocative approach proved popular.

The script covers a lot of ground, including Braddock’s expedition during the Seven Years’ War, the growing friction between the colonists and England, and then the Revolution. The film presents many of the key incidents that led to the American Revolution, including the Boston Massacre, the Boston Tea Party, the formation of committees of correspondence that strengthened ties between the colonies, and Patrick Henry’s “Give me liberty or give me death” speech. However, the actual American Revolutionary War (1775-1783) receives little attention, just the last quarter of the movie. A disturbingly brief scene of 43 seconds shows several battles between the redcoats and the rebels before returning to the story.

The movie captures the atmosphere in Virginia, including the dominance of politics by the Tidewater plantation owners and the reliance on slaves for every task. In fact, all of the scenes related to Virginia have an impressive accuracy. When the governor dissolves the house after it had formed a committee of correspondence to communicate with the other colonies and present a united front, the committee met illegally in the Raleigh Tavern, which was where the real committee had held its meetings.

As governor of Virginia from 1779 to 1781, Thomas Jefferson was unpopular, partially because he was feuding with Patrick Henry, his predecessor, and partially because Jefferson lacked the decisiveness needed to govern a state during war. The script claims that Jefferson had left Virginia undefended by sending the militia north to serve with Washington but this is a serious misrepresentation of the real situation. Virginia was ravaged by British troops commanded by Benedict Arnold in December 1780 because Jefferson had failed to raise the militia in time, so Washington had to send him twelve hundred Continentals (regular soldiers) led by the Marquis de Lafayette. While the movie shows a failed attempt by the British to capture Jefferson, there is no mention that Cornwallis had led the battered remnants of his army into Virginia in 1781 after his Pyrrhic victory at Guilford Courthouse.

When Howard’s sons reach the army camp, they find that the army is starving because it has to pay outrageous prices to the speculators, and men do not have shoes but wrap their feet with rags. The scenes in the rebel camp resemble the experience at Valley Forge during the winter of 1777-78, when a few thousand soldiers starved and froze. However, Valley Forge was the low point of the revolution. By the time of the siege of Yorktown in October 1781, the rebels were well-supplied due to the alliance with France. Furthermore, the rebel army is portrayed as determined but exhausted and lacking equipment as it marched towards Yorktown. Actually, the situation greatly favored the rebels, since British-controlled territory was limited to the ports New York City, Savannah, Charleston and Yorktown. In addition, the French had sent an army to help defeat the British. Aside from a short scene with Lafayette, neither the French army nor the alliance with France appear in the movie.

The movie is weakened by the script’s refusal to decide whether it is about the Revolution or the social gap between the two leads. Also, Howard’s inability to compromise does not make him a likeable lead.

I think that this is the only movie to show Baron Von Steuben, who helped train the rebel army at Valley Forge, even if it is only during a meeting with Washington.

Drums Along the Mohawk (1939), also set during the American Revolution, had a similar plot of a rich society woman finding herself on the frontier, and director John Ford lingered lovingly on frontier life. However, shots of the happy couple operating their plantation, including Jane churning butter and spinning, are limited to a brief montage in The Howards of Virginia.

Listening to Cary Grant say “consarned clothes” is a little harsh on the ears. The man became a byword for debonair charm, and is unbelievable as a rough-hewn backwoodsman, although he makes a valiant effort.

While the movie is bursting with patriotism, its deep antagonism towards the British is not subtle, but it is a relatively accurate film.