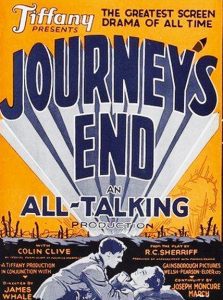 When WWI started, the size of the German army and its strategy of marching through Belgium took the French and the British by surprise. The German army had nearly reached Paris when a counter-attack caught it over-extended and it was forced to retreat. After a month and a half of desperate fighting, the Allies and the Germans built massive lines of fortifications that stretched across Europe from Switzerland to the Belgian coast. Four years of bloody attacks had produced terrifying casualties but had failed to end the stalemate, leaving the lines little changed. The German government’s decision to return to unrestricted submarine warfare in 1917 forced the United States to abandon its neutrality and enter the war. The Russian Empire collapsed in the spring of 1917, and the October Revolution led to the formation of Soviet Russia. When the Treaty of Brest-Litovsk was signed on March 3, 1918 between the Central Powers (Germany, Austria-Hungary, Bulgaria and the Ottoman Empire) and Soviet Russia, Germany no longer had to fight on two fronts, and was able to transfer nearly fifty divisions to the Western Front, giving it numerical superiority. Hoping to achieve victory before the United States could ship over enough soldiers to tip the balance on the side of the Allies, Germany launched a series of offensives in the spring of 1918, beginning on March 21.

A British company relieves another company in a section of the trenches near St. Quentin on Monday, March 18, 1918, and they will be on line for six days. Captain Stanhope (Colin Clive), the company commander, is famous for his drinking, but his second-in-command, Lieutenant Osborne (Ian Mclaren), knows that he drinks to cope because his nerves are shot after three years in the trenches. Refusing to go home on leave, Stanhope has been able to conceal his situation from friends and family, but fears that Second Lieutenant Raleigh (David Manners), fresh from England, will tell his sister, Stanhope’s girlfriend, about his drinking. At the same time, Stanhope is informed by his colonel that a big attack is coming on the 21st, but the company can not expect much support, so it will just have to hold on. When the brigadier-general wants a prisoner, Osborne and Raleigh lead a daytime raid. Unfortunately, only Raleigh makes it back, and is disgusted that Stanhope and the other officers still have a celebratory dinner. Ashamed by Raleigh’s disapproval, Stanhope confesses that he drinks to forget. When the attack occurs on Thursday morning as expected, the Germans threaten to overwhelm the company.

Since the Germans remained on the defensive after the failed Verdun Offensive (February-December 1916), Allied troops on the Western Front battled a mixture of boredom and terror. Realizing that the troops could not bear the pressure of the front lines for long periods of time, companies were rotated through the trenches, serving on the front line, then in reserve, and finally in rest areas behind the front lines.

Focusing on the officers of a single company on the line, the script makes no effort to explain the overall strategic situation, choosing instead to present the officers’ struggle to remain sane. The film deals with the German Spring Offensive, which forced the British out of their lines and nearly caused a collapse.

James Whale had directed Journey’s End as a play in London and New York before he was hired by Howard Hughes to direct the talking scenes in Hughes’ WWI aviation film Hell’s Angels (1930), which would prove invaluable training for the film production of Journey’s End. Actually, the film had been moved quickly into production in the hope of beating All Quiet on the Western Front to the theaters. When Whale was hired as director, he felt that the new version of the script had moved too far away from the play, so he arranged for the producer to hire Joseph March to rewrite the script, since they had worked together on Hell’s Angels. However, Whale had to give Howard Hughes five more days on Hell’s Angels to get March for five days, since March was still under contract to Hughes.

George Pearson, the producer, did not get along well with Whale, who admitted that Pearson’s experience in silent films was longer, but knew that he had more experience in talkies, which required a radically new approach. Whale was proven right since the film was a major critical success, and financially successful, at least until All Quiet on the Western Front finally made it into theaters. On a side-note, Whale had not only succeeded in ensuring that Journey’s End beat All Quiet on the Western Front (1930) into the theaters, but unintentionally beat Hell’s Angels as well, due to Hughes’ endless fiddling with the aviation scenes.

There is a great scene before the raid where the two officers struggle to talk about anything else as they wait for the start time.

The sets look authentic but most of the film takes place in the officers’ dugout, which should not be a surprise since it based on a play.

Gorgeous work with shadows and silhouettes in the opening scene raised my hopes. Then it becomes very talky. Very, very, very talky. Based on a play, over-talkiness is to be expected, especially since sound was a recent addition to films, even so the actors’ delivery was hard to take. While good-natured complaining is a staple for war films, the polite, cheerful chit chat soon becomes grating. Ten to twenty minutes of dialogue could easily have been cut from the film.

Although the film is noteworthy as an early look at the grinding effect that the nightmarish experience in the trenches had on soldiers, it is hard to watch, and suitable only for fans of early sound films and WWI buffs.