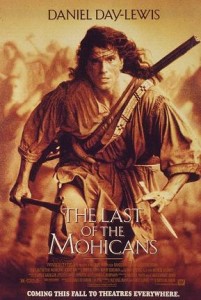 Fort St. Frederic (Crown Point) on the northern end of Lake George was the base for Indian raids that had plagued New York for generations, so it was a key target when open warfare broke out. Determined to end the threat, the governor of New York organized an expedition in 1755 that carved a road from Albany to the southern end of Lake George, built Fort Edward at the head of the road to protect Albany and constructed Fort William Henry at the edge of the lake as a stepping-stone for the attack on Crown Point. However, the slaughter of a powerful force of militia on the road between the two forts had caused the expedition to be postponed until the following summer. The 1756 expedition was delayed by the slow pace of militia recruitment and incompetence in the British command, which enabled the French to capture a weakly defended fort on Lake Ontario. In 1757, Pitt had decided that the main British effort would be focused on the French fortress at Louisburg in Nova Scotia, so second-rate troops under Lieutenant Colonel George Munro were assigned to Fort William Henry to draw Montcalm’s attention away from Louisburg.

Lieutenant Colonel George Munro commands Fort William Henry, and his daughters Cora and Alice are being escorted by Major Duncan Hayward to the fort when their guide Magua leads them into an ambush. However, they are saved by three trappers: the Mohicans Chingachook and his son Uncas, and Chingachook’s adopted son Nathanael. After a dangerous journey, the little group ends up in Fort William Henry, which is being besieged by the French. The rest of the film presents the attempts of the trappers to protect the women from Magua, who hates Munro for personal reasons.

Aside from a brief statement at the start of the film that it is set in 1757, the third year of the war between France and England for the continent (the Seven Years’ War), no other background is provided. No mention is made that this was actually the fourth war between the French and British colonists, and that Fort William Henry, the centerpiece of the film, was built on the south end of the lake as a stepping-stone from which to attack Fort St. Frederic (Carillon) and end the Indian threat. Two previous attempts to attack Fort Carillon had failed and since the main British army was busy laying siege to the French fortress Louisbourg in Nova Scotia, the initiative had slipped to the French. While this would have been common knowledge at the time, the viewers are not given the strategic overview needed to understand the situation, which reduces the value of the film.

At one point, a British lieutenant in charge of recruiting militia shouts “King and Country” when men ask who will defend their homes while they are serving at Fort William Henry. The theme that the English officers’ refusal to treat the colonials as equals led directly to the American Revolution (1775-1783) is drummed into the audience throughout the movie, and it is to a large degree true. By that stage of the war, British units and militia units often fought in separate campaigns because the militia officers resented being looked down on by British officers. However, there had been no problem recruiting men to serve in the militia. The settlers were so eager to rid themselves of the specter of Indian raids that they wanted to pursue a war to the death and had to be restrained by the British.

Aside from minor quibbles like the fact that Munro did not have daughters and that the Mohican tribe still exists today, several unnecessary liberties are taken with the history. The fort will be overwhelmed when the French dig siege lines close enough to use mortars unless the garrison is reinforced by the main army under Major General Daniel Webb at Fort Edward, a few miles to the south, but he is unaware of the siege. In reality, Webb knew about the siege but he was not the boldest general and he was afraid of being ambushed, with good reason since a powerful force of militia had been slaughtered on the road between the two forts two years earlier. Fort Edward was intended to protect the more settled part of New York from Indian raids, so Webb was willing to sacrifice Fort William Henry for the greater good. Another key plot point is that while the men were defending Fort William Henry, Indian war parties were burning their homes and killing their families. Actually, Major-General Louis-Joseph Montcalm, the French commander, had refused to unleash the Indians because he knew that they would stir up more trouble than he could handle.

A short but chilling scene of a mortar bombardment makes it clear why the garrison has no choice but to surrender. Magua is not happy that Montcalm accepts the British surrender because he wants revenge against Munro. There is no mention of the Indians’ powerful need for loot or the fact that they had no clear leader, since the 2,000 Indians had been recruited from many different tribes. Montcalm is portrayed as a direct accomplice in the events that follow the surrender but a more accurate view is that he was unwilling to risk a violent confrontation with his allies to save the British.

After watching the movie one would be excused for thinking that the redcoats were essentially expendable crew members. Time and time again, they form ranks in the middle of the road and fire a volley, which the Indians avoid by ducking behind trees and then butcher the soldiers before they can reload. It may sound stupid but it is exactly what Major General Edward Braddock did at Monongahela in 1755, despite George Washington’s advice, which led to the destruction of a British army. However, it was a long war and the redcoats successfully adapted to frontier warfare, while companies of rangers were raised to counterbalance the Indian allies of the French, who were more effective at recruiting Indians than the English.

The film embraces the idea of the noble savage. A critical scene late in the movie shows a chief who only has contempt for Magua’s actions, which seems very noble except that in campaign after campaign, Indians wanted prisoners and loot, and were not too fussy about how they were obtained. To be fair, they had traveled far from their homes and served without pay, all in the hope of the big score when they could return home with scalps and slaves.

The movie is an adaptation of the novel of the same title by James Fenimore Cooper but it is actually based on the screenplay for the 1936 version, which apparently was a huge influence on director Michael Mann.

Like far too many Hollywood movies, romance develops between the civilized women and their rugged rescuers. I am no fan of romance in historical movies, simply because the love stories usually seem tacked on, but here the romance is integral to the story. Hayward loves Cora, the elder daughter, but she just wants to be friends. There is an interesting parallel between their relationship and the relationship between Britain and the colonies. Hayward believes that Cora should simply let her father and Hayward decide what is best for her, while the senior British officers believed that the colonists should follow their commands without question, which unsurprisingly was resented by the colonists. However, Cora falls for Nathanael because he values her independent nature.

While the alterations of the historical record are frustrating, the attention to period detail is praiseworthy, and it is one of the few movies to show the savage and terrifying nature of Indian fighting. Moreover, it is a gorgeous film with a moving soundtrack and stunning visuals. In particular, the final climax still stands as one of the best that I have ever seen, partially because no one says a single word. The supporting characters, especially those playing Uncas and Magua, do more with their facial expressions than most A list actors do with lengthy monologues. The final confrontations are between men who simply are not used to losing and the look on their faces when they realize that they have lost is intense, like the movie itself.

This review refers to the original theatrical version, not the director’s cut.