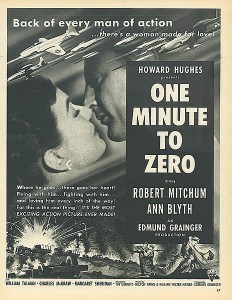 Both Rhee and Kim wanted to reunify Korea by force and believed that the other side would fall easily, but their respective backers had different approaches. Aware that Rhee would provoke a war if permitted, the United States had refused to provide the ROK army with planes, tanks and artillery. However, Stalin supplied the North Koreans with generous quantities of planes, tanks and artillery. When the North Korean People’s Army (NKPA) crossed the border on June 25, 1950, its large, well-trained army steamrolled through the unprepared ROK forces, starting the Korean War. Believing that remaining neutral would be interpreted as weakness by the Soviets, President Harry Truman won the support of the United Nations for the defense of South Korea, assigning the military response to General Douglas MacArthur, commander of the American occupation forces in Japan. Reinforcements were sent piecemeal, so the NKPA had gained control of all of Korea by August except for a small perimeter around the port of Pusan. The NKPA had already burned itself out with repeated frontal attacks when an amphibious landing at Inchon caught the North Koreans completely by surprise. Seoul was recaptured on September 25, and the NKPA began to disintegrate.

Colonel Steve Janowski (Robert Mitchum), an American adviser to the ROK army, and Linda Day (Ann Blyth), a health and sanitation worker with the UN, meet shortly before the start of the Korean War. Day optimistically refuses to believe that North Korea would risk the UN’s opposition by invading the ROK, but the cynical Janowski is proven right when the North Koreans suddenly storm across the border. Wounded during an ambush, Janowski is sent back to Tokyo where he encounters Day again, and they quickly fall in love. Once the USAF gains control of the sky, the NKPA start moving supplies at night and uses refugee columns to distribute weapons to units on the front, so Janowski sets up a roadblock to screen the refugees. Aware that NKPA troops have threatened refugees, Janowski eventually orders artillery to fire close to the refugees to drive them off, finally targeting the column itself. An attempt to permanently destroy the NKPA’s supply chain leads to a bloody battle, but news arrives of the successful landing at Inchon.

The film transforms the South Koreans into helpless victims, papers over Syngman Rhee’s dictatorial excesses, skips over the thousands of friendly fire deaths caused by aerial bombing, and ignores both the embarrassing routs of American units and the general chaos.

The opening narration by Day describes South Korea as a gentle nation that only wanted peace but was forced to learn how to defend itself because red storms were rising in the north. Made during the war, it is expected that the movie would be far from impartial, but the propaganda is still hard to stomach. Despite the attempt to portray the ROK as an innocent victim, President Rhee was just as eager as his opposite number to forcefully reunify the peninsula, he was just denied the weapons needed.

Part of the propaganda includes numerous shots of dead civilians to show the villainy of the Communists. It is an accurate representation of the NKPA’s behavior but Rhee was far from a saint. Ignoring the importance of free speech in a democracy, he had orchestrated a ruthless crackdown on anyone suspected of opposition, arresting 90,000 people before the invasion. Watching Rhee’s goons execute political opponents in cold blood without a trial naturally decreased the American soldiers’ willingness to risk their lives for a government that was incompetent, brutal and corrupt. However, Rhee refused to listen to any of his allies’ requests that he introduce more democracy and rule of law, and crack down on corruption. It became clear after the war the Kim’s regime had surpassed Rhee’s administration for brutality but the only difference between the two was a matter of degree.

It is a Robert Mitchum film so his character can never be hurried. Woken up by shellfire, Janowski nonchalantly lights a cigarette and comments that the war has started. Actually, Janowski would not even have been in Seoul because the invasion took place on a Sunday, so all of the American military advisers were out of the country.

Director Tay Garnett weaves in short bits of combat footage instead of employing special effects, and the footage is surprisingly graphic, including burnt corpses. While the transition from the regular scenes, filmed at an Army base in Colorado, to the combat footage is jarring, the use of footage adds an impressive level of realism to the film.

Aside from a training scene at the start of the film not a single ROK soldier appears, even though there were roughly as many ROK troops as American soldiers during the period before the Inchon landing. While many ROK units were badly led, especially at the beginning of the war, the Americans’ record in the beginning was far from impressive. Near the end, Janowski mentions that the ROK army has learned how to fight, but neither the director nor the screenwriters thought that the audience might want to actually see ROK soldiers fighting for their country. The condescension to the ROK army within the movie reflects the attitude of many American soldiers who thought that the ROK army was useless. In fact, Koreans are called gooks in the film, and US soldiers did call them gooks, believing everyone in Korea to be less than human.

Several days after the initial invasion, the general in command of the American troops says that the first 90 days will be rough but there will be no Dunkirk, which is complete nonsense. It is true that Seoul was recaptured three months after the initial invasion, but the Americans had thought that the NKPA would be a pushover and would back down once they faced American soldiers. Since the first American units to arrive in Korea were occupation troops better prepared to storm a brothel than hold a hill against enemy troops, they were routed by the hardened NKPA, but there are no scenes of American troops running for their lives. In fact, there are no negative portrayals of US troops.

In the movie, the soldiers on the ground are frustrated that they see American planes in the air, but the pilots were unable to help them because there are not enough forward air controllers. In reality, the staff at MacArthur’s HQ in Japan refused to believe the chaos of the situation, and pilots were unable to distinguish between the NKPA and the confused mass of retreating ROK units, refugees and lost US units, so air strikes killed hundreds, if not thousands of allied troops, as well as thousands of refugees.

Although the NKPA troops are shown as tough and ruthless, they surrender too easily, the real men were fanatical. NKPA troops often used suicidal human-wave attacks, which strengthened the US soldiers’ belief that the enemy was not human. However, it is true that GIs were tied up and then executed. American troops would retreat with an almost insane desperation because the NKPA liked to outflank a unit, surround it, and then kill almost everyone in order to avoid wasting troops to guard prisoners.

The idea that the NKPA hid weapons in the refugee columns that trudged southwards is one of the sillier plot contrivances ever produced by Hollywood. There is denying the ruthless nature of the NKPA, but it simply made no sense to transport supplies that way since refugees moved very, very slowly. Admittedly, US troops distrusted refugees because a terrifying enemy tactic was to use refugees as cover to get close to an American position and then have NKPA troops charge from within the group of refugees, so numerous American soldiers have admitted to panicking and firing on refugees who came too close. Most important, all of the American troops were busy defending the Pusan perimeter. Instead of presenting the desperate fight at Pusan, the script focuses on blocking the NKPA’s supply routes. While the idea that Janowski’s force could be spared from the perimeter to attack a supply convoy is ludicrous, the battle itself is a surprisingly faithful portrayal of the battles at that stage of the war. North Korean soldiers often infiltrated American positions to surround and overwhelm individual units during the night before daylight enabled air support.

While the relentless jingoism is unpalatable, the romance is between Janowski and Day is quite enjoyable, and Mitchum even sings during one date. The banter between Janowski and Day in the courting stage is top-notch, with Day holding her own against Janowski’s relentless cynicism. Surprisingly independent for the time, Day has an excellent scene where she talks bitterly about the day she received the Medal of Honor on behalf of her dead husband.

One Minute To Zero is a jingoistic film on the Korean War that shows powerful America nobly defending little South Korea, which is incapable of fighting for itself.