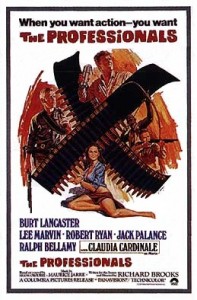 Although Mexico had prospered under the thirty-four-year dictatorship of Porfiro Diaz, social tensions were bubbling below the surface, leading to the Mexican Revolution (1910-1920). When Francisco Madero organized a revolution in November 1910, his middle-class supporters were crushed by Diaz’s ruthless intelligence apparatus but the uprising unleashed powerful social forces. In the northern states of Chihuahua and Coahuila, Pascal Orozco and Pancho Villa led a revolt by villagers tired of the iron grip of local oligarchs. Rebellion had broken out in the southern states as well, and one of the more effective leaders was a village chief in Morelos named Emiliano Zapata. Faced with rebellions in eighteen states, Diaz resigned on May 25, 1911, and fled the country. Madero shocked his supporters by refusing to purge the government of Diaz loyalists, who launched a coup in February 1913. Madero mistakenly trusted General Victoriano Huerta, who switched sides, deposed Madero, and then betrayed the plotters by making himself president.

News of Madero’s murder led Villa to return to guerrilla warfare against Huerta. Zapata had never actually stopped fighting since Madero had refused to approve large-scale land reform, but Huerta was confident he could handle both of them. The situation worsened when Venustio Carranza, governor of Coahuila, assumed leadership of the revolution. Despite Huerta’s contempt, Villa had built up a professional army, while Zapata had become a skilled guerrilla, who organized rebellions in several states. Huerta would have been overthrown sooner but Carranza resented Villa’s insistence on autonomy, and gave more resources to Alvaro Obregon, a more loyal general. Huerta resigned on July 15, 1914 and fled to exile in Barcelona, Spain. Carranza thought that he was the natural choice for president, but Villa and Zapata had the two largest armies in Mexico, and they both detested Carranza. Carranza on his own was no match for either Villa or Zapata but Obregon still nursed a grudge from when Villa had tried to execute him. Since Zapata had little interest in events outside of Morelos, Villa was left to face Obregon alone. Villa had a much more powerful army, but several days of fighting at Celaya proved that Villa was simply a charismatic cavalry leader, and when he limped back to Chihuahua, he no longer had the largest army in Mexico. Since both Villa and Zapata were contained in their respective strongholds, Carranza was able to take control of the rest of Mexico.

A team of professionals, experts in their fields, is assembled by Joe Grant (Ralph Bellamy) to rescue his wife Maria Grant (Claudia Cardinale), who has been kidnapped by Jesus Raza (Jack Palance), one of Villa’s officers. Led by Henry ‘Rico’ Fardan (Lee Marvin), a former US officer, the team includes: Bill Dolworth (Burt Lancaster), the explosives expert; Hans Ehrengard (Robert Ryan), the horse wrangler; and Jake Sharp (Woody Strode), the scout. The four men have to ride a hundred miles into Mexico, free Mrs. Grant from Raza’s base, and make their way back across the border to earn a huge reward. However, the hardened professionals will find that the situation is not what it appears to be.

Fardan and Dulworth had both served with Villa during the early days of the Revolution, and the two men along with Raza are airbrushed into the famous photo of Villa and Zapata leading their armies into Mexico City. In particular, Dulworth is replacing Rudolfo Fierro, Villa’s pet executioner. American mercenaries did play important roles in Villa’s army, but they were not among the inner circle of senior leaders, and it is arrogant to show the movie’s two leads as Villa’s chief lieutenants, as if to say that he owed his victory to foreign mercenaries.

Raza’s men have turned bandit, which is not surprising, since many followers of Villa were bandits before the Revolution and the situation was definitely going badly for the Villistas by 1916. The script justifies the mass execution of federal troops by claiming that they had previously committed atrocities against Raza’s people but Villa’s troops routinely massacred enemy prisoners, which made it difficult to attract volunteers. At the beginning of the Revolution Villa had only executed Federal officers, and spared soldiers if they joined his army, but he and his senior commanders had grown hardened to bloodshed, worn down by the endless fighting. It may seem strange that some of Raza’s troops are women, but women did fight in the Revolution.

Although burdened by the memories of when they believed in a cause, Fardan and Dulworth are desperate enough to do anything to survive. Dulworth seems to question the merits of fighting their old comrades for money, if only for an instant, when he comments that the Mexican Revolution was part of the same revolution that had been going on forever, he just wonders who the good guys are. However, the script never builds on the moral dilemma faced by the professionals, so the choices made at the end of the movie do not feel real. While the movie seems to have a happy ending, it is hard to imagine anyone being happy given the number of former friends they have killed. The story had genuine potential, but none of the people involved, primarily the two leads and Brooks as director and writer, was able to realize that potential. A brief reunion between Dulworth and Chiquita, his former lover, is one of the few scenes with any passion.

While the film was quite dark for 1966, it would be completely blown away by the Wild Bunch three years later. Brooks skillfully orchestrates action scenes but does not push the actors beyond their usual limits. None of the cast phone in their performances, but all of them were capable of much more. Claudia Cardinale is basically a sex object in this movie, admittedly an extremely attractive object, but she would show such depth in Once Upon a Time in the West (1968). Lancaster and Marvin play the main characters but they never break out of their usual personae. Part of the problem is that their characters are supposed to be best friends but the actors are clearly not comfortable with each other. Probably because they did not like each other. Marvin was drinking heavily at the time, and Lancaster became increasingly furious with the need for extra takes. Robert Ryan and Woody Strode seem to be wasted in the film, as if Brooks did not know what to do with their characters. Jack Palance is the only one who made a serious effort, but I can’t recall a movie where he gave an average performance.

To be fair, the movie helped bridge the traditional Hollywood of Howard Hawks and John Ford, and the coming New Hollywood with its hazy line between heroes and villains. Unfortunately, Brook’s best movies, The Blackboard Jungle, The Brothers Kazmarov, Cat on a Hot Tin Roof and Elmer Gantry (where he directed Burt Lancaster to win an Oscar for Best Actor), had been made during the 1950s, and he was a bit too old to adapt to the new thinking of the sixties.

Filmed in Nevada and California, the movie must have been hell to make given the simulated dust storms.

All of the guerrillas, except for Palance, are played by Hispanic actors. However, Palance looks Mexican and speaks decent Spanish. The decision to have the Mexican actors speak Spanish to each other highlights that the American professionals are no longer in their own environment. Furthermore, the frequent shots of the grafitti saying Viva Villa anchor the film in the Revolution, making it more than just an average western.

An entertaining action movie, it attempts to show the tragedy of the later stages of the Mexican Revolution, which crushed the ideals of the original revolutionaries, but it fails to live up to its potential.