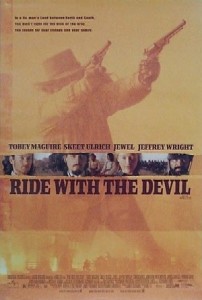 Unfortunately, the settlers would not know peace for very long. The Republican Party had campaigned against the expansion of slavery to new states, so long-simmering tensions between northern and southern states exploded when Republican candidate Abraham Lincoln was elected president in 1860. Seven southern states seceded in February 1861 and formed the Confederate States of America. Kansas Senator Jim Lane was appointed a brigadier general of volunteers in June 1861, and since he had been a leader of the free soilers during Bleeding Kansas, former Jayhawkers (abolitionist guerrillas) were naturally used as the core of the brigade. With most able-bodied men joining the Confederate army, the Jayhawkers decided to repay Missouri for raids by pro-slavery advocates during the 1850s. The homes of known pro-slavery families were torched and anything of value was taken back to Kansas. The eight-month-long orgy of looting, burning and raiding in Missouri ended only when the Union gained full control of the state in March 1862. However, Missouri was far from pacified. Led by William Clarke Quantrill, Missouri guerrillas (Bushwhackers) raided in Kansas and picked off Union patrols in Missouri. The harsh methods used by the Union soldiers to track down the guerrillas simply swelled their ranks.

The son of a prosperous family and his best friend, a German-American, join a band of bushwhackers after Jayhawkers burn his home and kill his father. Unable to find the guerrillas, the Union soldiers loot and tear up Missouri towns to terrorize sympathizers. It is a vicious war and anyone suspected of loyalty to the wrong side is killed and their homes destroyed.

A number of female relatives of bushwhackers are arrested for aiding the rebels, but several die on August 14, 1863, when the building where they are being held collapses. The guerrillas vow revenge, and Quantrill gathers all of the bands for a raid on Lawrence, the home of Jayhawkers and abolitionists. The operation is viewed as suicide but the guerrilas feel that their days are numbered anyway. The bushwhackers attack Lawrence and ride out several hours later, leaving the town in flames as the desperate women try to save some of their possessions. Shocked by the wanton destruction, some of the guerrillas can no longer participate in the fighting and drift away from the band, hoping to escape the war.

Superb period detail makes up for an unnecessarily melodramatic romance. The guerrillas are mainly teenagers and men barely into adulthood with long, greasy hair, who wear colorful homespun shirts with big pockets, just like the actual bushwhackers. Shootouts are chaotic and deadly, while medical treatment is rough, painful and not always successful. At one point, the band is surrounded in a farmhouse because they did not post sentries, and the barely repressed terror mixed with a powerful desire to survive is visible on their faces. Each guerrilla carries at least three or four Colt repeating revolvers, and changes guns quickly during fights. The Union cavalry have decent horses and Colt revolvers, which the real Union cavalry dearly wished they had, instead of the single-shot carbines and sabers they were forced to use. Sabers were deadly at close range but most Union cavalrymen were shot out of their saddles long before they were close enough to use them.

The portrayal of the sack of Lawrence is completely accurate, including the order to kill any male old enough to carry a gun, although there were no confrontations between guerrillas. While it is true that a sizeable minority of guerrillas chose not to take part in the slaughter, they simply told women to hide their men or stood in front of a house with men inside and said that all of the men had already been killed. However, the movie does not mention the supposedly impenetrable line of outposts along the border that had kept Kansas safe for the past year, which was why the bushwhackers felt that their chances of survival were so low. Admittedly, the battle scene between the guerrillas and the pursuing Union troops is exciting, but the greatest danger to the real bushwhackers was exhaustion. Both the guerrillas and the pursuing Union troops were so tired that they were falling out of their saddles.

Resentment against Germans was widespread since units mainly made up of German immigrants had enabled the Union to keep control of Missouri at the beginning of the war.

The history presented in the movie is mostly correct. The guerrillas that did not ride to Texas with Quantrill during the winter of 1862-63 did divide into groups of four and live in shelters carved out of hills. It may seem bizarre that one bushwhacker is black and is only serving with the band out of loyalty to the friend who had bought and freed him but strange as it may sound, a couple of bushwhackers were black. Furthermore, the bands led by Bloody Bill Anderson and George Todd did start scalping blacks in 1863.

The Lawrence Massacre was one of the most infamous events of the Civil War but none of the controversy appears in the movie. Neither the massive manhunt that tore up western Missouri nor Order No. 11, which depopulated the entire region on order to deprive the guerrillas of their support network, is mentioned. Presumably showing the consequences of the massacre would have reduced the time available for the romance.

The movie’s greatest weakness is that it is well-intentioned. The effort to show that men on both sides were not that different is a laudable but misplaced sentiment. Aside from a few scenes of wanton killing and destruction, the film largely ignores the constant looting and harassment of their families that drove these men to choose the hard life of a guerrilla. Although the story acknowledges the blatant racism that would have been prevalent at the time, the time-honored tradition of having one character start out as an overt racist but eventually recognize that the black character is a human being by the end of the film is also present.

It is an entertaining movie that moves along quickly and is genuinely charming at times. While the story does not skimp on the brutality, it is much less generous with the background. There is a brief mention of Jim Lane leading raiding parties into Missouri but Bleeding Kansas is never referred to, even though it would have put the Jayhawker raids into context. The romance could have used a little editing, which would have left time for some background. The melodrama factor increased steadily towards the end as if the studio had forced major changes on the director. Regardless of the degree of studio interference, the screenplay was fatally flawed by the decision to make a German-American and an African-American the main characters in a movie about southern guerrillas. Ang Lee managed to take a story about a vicious guerrilla war and turn it into a moving depiction of a black man’s realization that no one can own him and his growing friendship with a white man, which was probably not the typical experience of Southern guerrillas.

While the movie fast-forwards through the guerrilla war on the Kansas-Missouri border, the level of accuracy in the parts that are shown makes the movie a must-see for anyone interested in the Civil War.