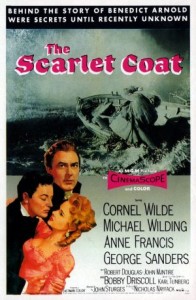 The British had been taken by surprise by the American colonists’ rebellion in 1775 but a powerful army had driven the rebels out of New York City in September 1776. Hoping to deal the rebellion a fatal blow, Lieutenant General William Howe had captured Philadelphia, the capital of the colonies, in September 1777 but instead of a capitulation, the rebel army reformed and continued to fight. Worse, the surrender of a British army under Lieutenant General John Burgoyne to Major General Horatio Gates at Saratoga on October 17 convinced France to enter into a formal alliance with the American colonies, thus completely transforming the strategic situation. When troops were taken from the American colonies to protect other colonies, Philadelphia had to be abandoned. Left with a much weaker army, Lieutenant General Sir Henry Clinton, Howe’s successor, was forced to retreat during a battle at Monmouth Courthouse the following year. The British found themselves locked up in New York City, while the American army lacked the ships and cannon needed to assault the city.

By late 1779, the war in the North had reached stalemate, and British leaders believed that the South was overflowing with loyalists who would flock to a British army. Clinton sailed with 8,500 soldiers from New York City on December 26, 1779, and the troops landed near Charleston, South Carolina on February 11, 1780.

In 1780, only the fortress of West Point, commanded by Benedict Arnold, can prevent the British army at New York from splitting the colonies in two. Major John Bolton (Cornel Wilde), a dragoon officer and the head of the rebels’ spy ring, is trying to learn the identity of Gustavus, a spy in the American army who is feeding the British information. At one point, Bolton discovers a spy masquerading as a Continental officer, and kills him during a struggle, but General Robert Howe, his superior, persuades him to use the incident as a cover to desert to the British. Following the messages to Dr. Jonathon Odell (George Sanders), a Scottish physician in New York City, who hates the rebels and spies for the British. Bolton is interrogated by Major John Andre (Michael Wilding). Winning Andre’s trust, Bolton becomes an agent for the British and figures out that Gustavus is a high-ranking officer. Bolton is arrested as a spy after luring British troops into a trap, but Andre saves him from execution. Meanwhile, Bolton has fallen in love with Andre’s mistress, Sally Cameron (Anne Francis), the daughter of a Tory, who secretly sympathizes with the rebels. When Andre arranges to meet Gustavus alone, Bolton tries to set a trap for them, but Gustavus manages to escape, however, Bolton figures out that Arnold is Gustavus. Unfortunately, Andre is caught out of uniform and is sentenced to be hung as a spy, despite an impassioned plea from Bolton.

The script generally follows the facts, but is weakened by its determination to prove that Major Andre was a very, very charming man, who did not deserve to be hung, rather than explore the bitterness and greed that fuelled Benedict Arnold’s betrayal of the young nation that he had previously risked his life to defend.

While the screen Major General Benedict Arnold has the real man’s limp, and bluff, energetic manner, he only makes a few brief appearances, and the script does not show the luxurious lifestyle that drove him to sell out. Although a brave commander on the battlefield, Arnold had become resentful over his lack of promotion. Marriage to a leading society belle almost twenty years younger had made him happy but he began to live far beyond his means. Believing that he had reached the high point of his career in the rebel army, Arnold agreed to surrender the fortress at West Point to the British in exchange for six thousand pounds and a British commission. However, he was forced to flee when he learned that Major John Andre, his contact with the British, had been captured on September 23, 1780. Arnold was made a brigadier general in the British army, but Andre was hung as a spy.

John Bolton was the code name of Major Benjamin Tallmadge, the chief intelligence officer for George Washington and the head of the Culper Spy Ring. Admittedly, Bolton was involved in the arrest of Major Andre, but he had not masqueraded as a deserter to infiltrate the British spy ring. Most important, although Bolton developed a liking for Andre, the two men only knew each other for a brief time, unlike the deep friendship portrayed in the film.

Andre is an astonishingly sympathetic character, which matches the real man, who had won the admiration of his captors for his calm manner during the execution. However, the script wrongly states that he was sentenced to death as a warning. Actually, he was executed because Nathaniel Hale, an American agent, had been arrested in similar circumstances four years earlier and hung. In fact, the movie is impressive for its portrayal of all of the British characters as decent people.

While the balanced treatment of both sides is praiseworthy, and the examination of the early intelligence service is worthwhile, it is not director John Sturges’ best film. Cornel Wilde is boring. In fact, everyone is too stiff, aside from Michael Wilding. Although the movie is worth watching for Wilding’s performance, it is regrettable that the script focuses on the tragic death of Andre, not the vanity and character flaws that drove Benedict Arnold to betray his country.