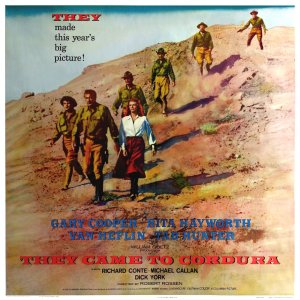 Although Mexico had prospered under the thirty-four-year dictatorship of Porfiro Diaz, social tensions were bubbling below the surface, leading to the Mexican Revolution (1910-1920). When Francisco Madero organized a revolution in November 1910, his middle-class supporters were crushed by Diaz’s ruthless intelligence apparatus but the uprising unleashed powerful social forces. In the northern states of Chihuahua and Coahuila, Pascal Orozco and Pancho Villa led a revolt by villagers tired of the iron grip of a local faction. Rebellion had broken out in the southern states as well, and one of the more effective leaders was a village chief in Morelos named Emiliano Zapata. Faced with rebellions in eighteen states, Diaz resigned on May 25, 1911, and fled the country. Madero shocked his supporters by refusing to purge the government of Diaz loyalists. An idealist, Madero hoped to win over the army and the elite, but they conspired with Generals Bernardo Reyes and Felix Diaz, the dictator’s nephew, to launch a coup in February 1913. Madero mistakenly placed his trust in General Victoriano Huerta, who switched sides, deposed Madero, and then betrayed Diaz by making himself president.

News of Madero’s murder led Villa to return to guerrilla warfare against Huerta. Zapata had never actually stopped fighting since Madero had refused to approve large-scale land reform, but Huerta was confident he could handle both of them. The situation worsened when Venustio Carranza, governor of Coahuila, assumed leadership of the revolution. Despite Huerta’s contempt, Villa had built up a professional army, while Zapata had become a skilled guerrilla, who organized rebellions in several states. Huerta should have realized that his time was up when the Americans occupied Vera Cruz to avenge a minor diplomatic insult, and none of his opponents heeded his call to unite against the foreigners. Huerta would have been overthrown sooner but Carranza resented Villa’s insistence on autonomy, and gave more resources to Alvaro Obregon, a more loyal general. Huerta resigned on July 15, 1914 and fled to exile in Barcelona, Spain.

Carranza thought that he was the natural choice for president, but Villa and Zapata had the two largest armies in Mexico, and they both detested Carranza. Too independent to work together, their sole accomplishment was to deny Carranza the presidential chair. Carranza on his own was no match for either Villa or Zapata but Obregon still nursed a grudge from when Villa had tried to execute him. Since Zapata had little interest in events outside of Morelos, Villa was left to face Obregon alone. Several battles later, Villa had been exposed as simply a charismatic cavalry leader, and when he limped back to Chihuahua, he no longer had the largest army in Mexico. Angered by President Woodrow Wilson’s increasingly blatant support for Carranza, Villa raided Colombus, New Mexico in March 1916. A Punitive Expedition of 10,000 men was sent into Mexico, but it was a great embarrassment to everyone involved that Villa not only eluded capture but had become a hero.

Tired of the constant warfare that had turned Morelos into a burned-out hulk, many Zapatista leaders simply refused to fight, and a desperate Zapata was assassinated in April 1919. Carranza made a fatal error when he opposed Obregon’s candidacy for president and ordered his arrest. Obregon won the support of most of the army and Carranza was killed trying to flee Mexico in May 1920. Obregon had not forgiven Villa’s attempt to execute him, but allowed him to retire in exchange for peace, which ended the revolution after ten long, blood-soaked years.

Following Pancho Villa’s raid on Columbus, New Mexico, the United States sends a Punitive Expedition into Mexico to capture him, but Villa eludes the American troops. When the colonel of a cavalry regiment orders a frontal charge against a ranch believed to be held by Villistas (Villa’s followers), the regiment is ambushed and almost slaughtered, but achieves victory due to the bravery of several soldiers, who are nominated for the Medal of Honor. Since the army needs living heroes to prepare the nation for its likely entry into WWI, Major Thomas Thorn (Gary Cooper), an awards officer, escorts five nominees, Lt. William Fowler (Tab Hunter), Sgt. John Chawk (Van Heflin), Cpl. Milo Trubee (Richard Conte), Pvt. Andrew Hetherington, and Pvt. Renziehausen (Dick York), back to headquarters. Adelaide Geary (Rita Hayworth), an American woman who owns the ranch, is sent back with them on charge of treason for aiding Villistas against American soldiers, even though she had no choice.

Thorn quickly realizes that the men may have been heroes but they are not likeable. Fixated on understanding what made the men heroes even if for only an instant, he is determined to keep them alive when the small party is attacked by the surviving Villistas. As their situation worsens, the soldiers’ selfish natures gradually emerge. Aware that Thorn was a coward at Columbus, who had only been saved from court martial by the interference of higher-ranking friends, one of the men tries to blackmail him, but he relentlessly drives them onward to headquarters, despite the risk to his reputation and life.

The troops are traveling rough, deprived of comforts like alcohol and cigarettes. This spartan existence is shared by the senior officers, whose headquarters consists of a table. Actually, the real conditions were even worse, since they did not have tables or tents, and the nights were unbelievably cold.

The scene where an entire regiment charges in line with bugles playing and pennants waving in the wind is impressive. There is a revealing moment before the charge, where the regiment’s commander wishes that they still had their sabres, since it will probably be the last cavalry charge, which is a reference to the changes caused by the introduction of trenches, barbed wire and machine guns in Europe during WWI.

While the Punitive Expedition failed to find Villa, there were a number of battles between American cavalry and Villistas, and the Villistas were usually on the losing end. In fact, life expectancy for a Villista at that time was limited. Aside from the thousands of American troops, an even larger number of federal troops were hunting them because President Venustiano Carranza hated his former ally and believed in war to the death. Since the federal Mexican soldiers understandably resented the presence of a foreign army, especially an army from a nation that had repeatedly expanded at the expense of Mexico, it was a constant struggle to ensure that the confrontations did not flare up into a war.

Strange as it may sound, the Punitive Expedition was the second time that the United States had invaded Mexico in the space of five years. President Woodrow Wilson had ordered the occupation of the port Vera Cruz in April 1914 in the hope of pressuring the feuding revolutionary factions to unite to overthrow the dictator Huerta. Despite tremendous provocation, neither invasion led to war. It is striking that both invasions occurred during the presidency of Woodrow Wilson, who stressed avoiding foreign entanglements and initially resisted entering WWI. While Wilson’s aversion to war was genuine, it was surpassed by a belief in his own moral superiority to everyone, especially his southern neighbours.

Although the film ignores the big picture, it is a revealing look at the fragile bond of discipline within an army. The movie is based on a novel by Glendon Swarthout, who had obtained eyewitness accounts for Medal of Honor recipients in southern France during WWII, and he relied on his own experience to write the novel. Judging by the script’s bleak view of humanity, Swarthout must have encountered some extremely unpleasant individuals.

It is interesting that Thorn views himself as a coward, but bravely follows his own path throughout the entire journey. Thorn’s obsessive desire to make the soldiers heroes despite the increasing evidence to the contrary becomes really difficult to watch. In the end, a comment made by Geary basically sums up the movie: ‘one act of cowardice does not make a man a coward, just as one act of bravery does not make a man a hero.’

Having struggled with a drinking problem all of her adult life, Rita Hayworth threw herself into the role of an alcoholic daughter of a senator, who had moved to Mexico to leave her scandals behind her. Although Hayworth and Cooper both gave impressive performances, Van Heflin was the standout as a brutish sergeant, especially since he was acting against type, having played decent men forced into heroism during his best-known films, Shane (1953) and 3:10 to Yuma (1957).

The story would have worked better if there had been a scene where Thorn’s resolve had faltered, since he is a pillar of strength throughout the entire film. A moment of weakness would have made his earlier cowardice more believable, as well as made it more impressive that he finds his courage when he is tested, while the others do not.

It presents the United States’ 1916 Punitive Expedition to Mexico to find Mexican revolutionary Pancho Villa, but spends little time on the Mexican Revolution, focusing instead on the fragile bonds of discipline within an army.