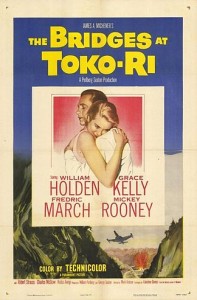 When the North Korean People’s Army (NKPA) crossed the border on June 25, 1950, its large, well-trained army steamrolled through the unprepared ROK forces, the Korean War. Believing that remaining neutral would be interpreted as weakness by the Soviets, President Harry Truman won the support of the United Nations (UN) for the defense of South Korea, assigning the military response to General Douglas MacArthur, commander of the American occupation forces in Japan. American reinforcements were sent piecemeal, so the NKPA had gained control of all of Korea except for a small perimeter around the port of Pusan by August. The NKPA had already burned itself out with repeated frontal attacks when an amphibious landing at Inchon caught the North Koreans completely by surprise. Seoul was recaptured on September 25, and the NKPA began to disintegrate. Deciding to reunify Korea by force, an overconfident MacArthur dismissed China’s warning that it would not permit American troops near the Yalu River, the border between China and North Korea. The entry of hundreds of thousands of Chinese ‘volunteers’ into Korea in late November transformed the war. After a series of Chinese offensives and American counter-offensives, the lines had stabilized near the 38th Parallel by mid-summer 1951.

In November 1952, Lieutenant Harry Brubaker (William Holden) is unable to safely land on the carrier and has to ditch his fighter plane in the ocean, but he is rescued by a helicopter flown by Chief Mike Forney (Mickey Rooney) and Aircrewman Nestor Gamidge (Earl Holliman). Admiral Tarrant (Fredric March), commander of the U.S. Navy carrier group, which is operating off the coast of Korea, takes a special interest in the fighter pilot, who reminds him of his dead son. A naval reservist, Brubaker resents having to give up his life and law practice when he was called up, especially since he had already fought in WWII. When the carrier pulls into Tokyo for three days, Brubaker is able to have a brief visit with his wife Nancy (Grace Kelly) and children. Unfortunately, the reunion is delayed when Brubaker learns that Forney had started a brawl and needs to be bailed out. While Brubaker helps Forney, Admiral Tarrant helps Nancy accept the dangerous life of a pilot. Returning to the carrier, Brubaker’s superior, Commander Lee (Charles McGraw), informs him that they must prepare for a mission against the Bridges at Toko-ri, an exceptionally dangerous target.

The movie is an adaptation of a novel by James Michener, who based the main characters on real people, including a reserve Navy lieutenant, the rear admiral in charge of the carrier group, the CAG (commander of the air wing) on the carrier and a helicopter pilot. Michener had met the men and observed the rescues when he stayed on the carriers Essex and Valley Forge while they were performing missions off the coast of Korea, as research for a series of articles for The Saturday Evening Post. The real CAG served as technical adviser on the film, and both of the rescue scenes are based on actual rescues. There are no bridges named Toko-ri in Korea, but Michener modeled the mission on actual raids against bridges in North Korea.

The producers received cooperation from the Navy, including two carriers and their escort ships, and clearly made the most of it. Viewers will definitely appreciate the dangers of landing a jet on a moving runway. The thirteen-minutes-long opening scene is a detailed look at the landing procedure on the carrier and the chopper pick-up of a downed pilot. Later in the movie, a fighter has to land on the carrier when heavy waves force the deck to pitch wildly, and it is scary to watch. The climatic attack on the bridges looks like it must have cost a fortune. Actually, it was a mixture of scale models and real combat footage, but it still must have been something to see on a big screen.

The script is uncompromising in its support for the war. Tarrant’s main role is to justify American involvement in the Korean War. Brubaker wants the U.S. to pull out of Korea but the admiral replies that THEY would take Japan, Indo-china and the Philippines. While there were Communist rebels in Indo-china, the idea that Communists might invade Japan was silly. Admiral Tarrant had already gotten into trouble with the Pentagon after he told the press that they were fighting Russian guns, equipment, and planes flown by Russian experts, which seems to hint that the war should be widened to include the Soviet Union. It is true that the MiGs were flown by both Russian and Chinese pilots, but Soviet dictator Josef Stalin had limited Soviet involvement in the war to selling weapons to China. Since none of the Western nations would arm Communist China, the Soviets were able to charge a hefty markup. The idea that Communism had a single head was prevalent in the United States in the early 1950s, even though neither Stalin nor his opposite number, Chinese dictator Mao Zedong, were team players. Stalin had no interest in helping Mao become a stronger version of Josip Broz Tito, prime minister of Yugoslavia, whose refusal to acknowledge Soviet hegemony was a constant source of frustration. Stalin would have been happy to be the sole head of Communism in the world, and had displayed a terrifying ruthlessness in his attempt to achieve that goal, but he had met his match in Mao, who did not blink an eye when the Great Chinese Famine killed between 20 to 40 million people between 1958 to 1961.

Brubaker’s resentment that everyone at home has forgotten about the war is an accurate portrayal of many pilots, who felt that their efforts were pointless, Syngman Rhee’s government did not deserve propping up and no one in the United States appreciated their sacrifice. This frustration was especially true in November 1952, after the failure of Operation Strangle. Determined to prove that air power could win the war, the USAAF launched Operation Strangle in June 1951. Three-quarters of land-based bombers and all of the carrier-based bombers were dedicated to hammering the road and railroad network in North Korea. By the summer of 1952, 343 planes had been lost, mostly fighter-bombers, and the operation had clearly failed. A Chinese division could survive on fifty tons of supplies per day, and the Chinese moved 1,000 to 2,000 tons of supplies a day throughout the operation. Air power advocates claimed that the operation had prevented the Chinese from launching another offensive but given the huge effort they had made to build their defensive lines, it seemed very unlikely that the Chinese had plans for another offensive. By the end of 1952, any industrial target of significance had been destroyed and Pyongyang had been reduced to piles of rubble but the Communists had made no indications of considering surrender. Governments of democratic nations like the United States and Britain never accepted that the totalitarian governments of China and North Korea were unlikely to surrender simply to prevent civilian casualties.

While the script is an unblinking support of the United States’ involvement in the Korean War, it bravely acknowledges the fear faced by pilots before dangerous missions. Brubaker’s face reveals barely repressed terror when footage from the recon of the bridges at Toko-ri is shown during a briefing. Later, he goes back to his quarters and struggles to fight off a panic attack that leaves him shaking. It was rare for 1954, stars did not show fear. Moreover, the end is surprisingly dark, since two of the lead characters die in a muddy ditch in Korea.

The film reflected the recent rehabilitation of former enemy Japan, and its transformation into an ally. The Tokyo scenes were actually filmed in Tokyo, one of the first Hollywood productions to do so after the war. At one point, Brubaker and his family go to a hot springs resort where they suffer immediate embarrassment when a Japanese family takes the adjoining pool and swims naked. After an initial shock, they realize the family is the same and accept them.

Despite the large cast, there is little character development, but the actors do their job well. Grace Kelly looks good, really good, but she plays a woman who does not want to acknowledge the risks faced by her husband. Rooney plays a sweet-faced brawler, who understands that you can say whatever you want to an officer as long as you add sir at the end. In a nice twist, Holden is the star of the movie, and the story revolves around him, but Rooney is the hero, since he rescues Holden’s character, not once but twice.

Given the bleak ending, the superb realism, and the accurate view of Japan during the war, it is one of the better movies on the Korean War.