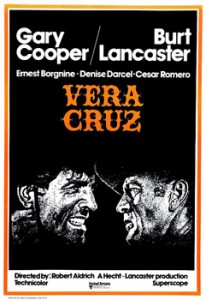 After overthrowing the dictator Santa Anna in 1855, liberal forces established a new government in Mexico that greatly weakened the power of the Catholic clergy. Refusing to meekly accept a diminished status, the clergy persuaded several conservative generals to launch a coup d’etat in 1858, and form a conservative government, which led to The War of Reform. The civil war between liberals and conservatives ended in a liberal victory in 1860. Although Benito Juarez was elected president, both sides had run up sizable debts to foreign creditors during the war, and the new government was understandably reluctant to repay loans borrowed by a regime that had repressed them. Hoping to keep both his government and the creditors satisfied, Juarez tried to negotiate a long-term payment plan with the nations that held most of the debt, Britain, Spain and France.

Seizing the excuse of debts from the civil war, Emperor Louis Napoleon III of France schemed to place Maximilian, the brother of Emperor Franz Josef of the Austro-Hungarian Empire, on the throne of Mexico, in order to create a pro-France Catholic empire next to the United States, which led to the French Intervention in Mexico (1861-1867). Although armies loyal to the republican government of President Juarez were defeated by a French army in 1864, Maximilian never gained the support of the Mexican populace, just the conservative elite, while the French were unable to control the countryside, which was dominated by Juaristas, guerrillas loyal to Juarez. The bankrupt Mexican government could not afford to pay the salaries of Mexican soldiers, so it failed to attract many native recruits. Even though the legitimate government only controlled four out of twenty-four provinces, it stubbornly refused to surrender.

Ben Trane (Cooper) is a Southerner who lost everything in the American Civil War. so he crosses the border into Mexico to make his fortune fighting in the war between the French and the Juaristas. Following a few misunderstandings, Trane joins Joe Erin (Lancaster) and his group of thugs who will sell their guns to the highest bidder.

After an audition in front of the emperor and his court, the mercenaries are hired to escort a countess to Vera Cruz, where she will take ship to Paris. The mercenaries quickly realize that the countess’ carriage conceals a strongbox full of gold. Trane and Erin plot to escape with the gold, preferably without each other, while an army of Juaristas shadows the escort, waiting for an opportunity to capture the gold.

“As the American Civil War ended, another war was beginning. The Mexican people were struggling to rid themselves of their foreign emperor-Maximilian, and into this fight rode a handful of Americans—ex-soldiers, adventurers, criminals-all bent on gain.” While the opening narration explains that Maximilian is a foreign ruler, no mention is made that Emperor Louis Napoleon III of France had arranged for Maximilian to be given the throne, after a French army defeated the legitimate government of Benito Juarez.

Trane is in the fight not just to regain his luxurious lifestyle but because a lot of people are depending on him to get his plantation working again. Presumably, he means the ex-slaves, since they would have made up the workforce of any plantation. Played by Gary Cooper, Trane must be a hero, but it is hard to sympathize with a man who wants to rebuild a plantation, since it was only economically profitable if the workforce was paid nothing. Unless he is thinking of the overseers who lost their positions when they were downsized after the slaves were emancipated.

The court is sufficiently lavish. However, Maximilian was such a stickler for etiquette that one of the many rules in his six-hundred-page-long court manual specified which aide would receive his hat when he entered the court, so it seems unlikely that he would have permitted a bunch of greasy gunslingers to carouse there. Furthermore, Maximilian lacked both the devious nature to set up mercenaries for betrayal and the energy to even take an active part in the planning against the Juaristas, which is probably why he later found himself in front of a firing squad. The screen Maximilian’s beard is a pale imitation of the luxurious growth covering the real man’s near-total lack of chin.

Most important, Maximilian refused to enlist any American mercenaries because he feared that it would drive the American government to intervene in the Mexican war. Since the Union had beaten the slave-holding South, it did not seem plausible that the United States would support an Austrian emperor placed on the throne by a French army against a Mexican republican government, but Maximilian was nothing if not an optimist. Confederate general Jo Shelby had offered to enlist thousands of former Confederate soldiers to replace the French army, which was expected to return to France sooner or later but Maximilian was unwilling to place his fate in the hands of a foreign army. However, many former Confederates emigrated to Mexico, where they received high positions and generous land grants to set up plantations with local indentured labour.

Unlike the lancers who basically sit on their horses and wait patiently to be shot during the battles, the real French lancers sliced up the Juaristas whenever they caught them. The well-trained French army had crushed several Juarista armies, which is why Maximilian was building a palace in Mexico City and Juarez had to keep moving to avoid capture by the French. It is true that the Juarista guerillas ruled the countryside, therefore French troops that wanted to live were cautious whenever they left the areas around the cities.

The gold is intended to pay for more troops from Europe, although the script does not mention if they are Belgian or Austrian, the only two European countries that sent volunteers to support Maximilian. He was Austrian while his wife was the daughter of the king of Belgium. It does not matter since both Belgium and the Austro-Hungarian Empire had stopped the flow of soldiers to Mexico. Emperor Franz-Josef of Austria, Maximilian’s older, smarter brother, knew that war with Prussia was increasingly likely, and Leopold II, king of Belgium, was pre-occupied with exploiting colonies in Africa. The only money that traveled from Mexico to Europe was customs revenue confiscated by the French to pay for the 40,000 French troops that were keeping Maximilian on his throne. The customs revenue was collected at ports so there was no need to transport it across Mexican countryside where it could be seized by guerrillas. The Mexican treasury was empty, largely due to the emperor’s extravagant balls and the massive castle that he was building in the delusional belief that the Mexican people would accept him as their emperor after he had a castle fit for an emperor.

It rapidly becomes clear that Erin is the bad guy, although an irresistibly charming one. It should not be physically possible for Lancaster’s smile to show all of the teeth in his mouth but it does.

Recognizing each other as equals, Erin and Trane develop a genuinely entertaining rivalry. Although the reason for the gold being smuggled to the coast makes no sense, the brilliant series of double and triple-crosses is impressive, and both lead characters admit that they do not like to share. Everybody double-crosses everybody except for the Juaristas because they are noble peasants. The constant scheming and betrayal was partially due to the fact that the script was still being written during the filming.

Given Cooper’s hard-earned image of an honourable man, it is impressive that Lancaster and Aldrich were able to persuade him to play a ruthless schemer, although he still stops thugs from raping a woman.

The film was made by Lancaster and Harold Hecht’s production company, so ex-acrobat Lancaster was able to insert an unnecessary gymnastic scene just to show that he still has it.

Filmed entirely in Mexico, the movie boasts some seriously sumptuous scenery. One of the first Hollywood productions in Mexico, director Robert Aldrich worked hard to capture the flavor of Mexico.

The outlaws are played by a good collection of character actors, including Ernest Borgnine, Charles Bronson and Jack Elam.

The location scenery and shocking violence, especially Lancaster’s amoral character who takes pride in cheating everyone, preferably fellow conspirators, made the film a major hit. It was an early step away from the traditional Westerns made by Howard Hawks and John Ford where gunmen protect a community, and it would influence Sergio Leone and Sam Peckinpah.