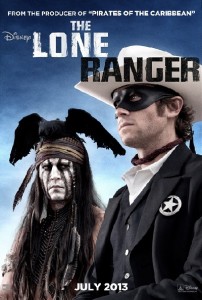 There has been a great deal of hoopla over Johnny Depp playing Tonto, a Native American, in Disney’s new film The Lone Ranger. I think that the controversy is unfair, or at least it is unfair to focus on this single role without taking Depp’s career into account. He is playing an Indian because he has a good working relationship with Gore Verbinski, the director of the film, and because the movies where Depp plays an outrageously dressed character earn much, much, much more money than the movies where he simply acts. It’s not his fault that audiences are reluctant to shell out for expensive movie tickets and popcorn with simulated butter to watch him actually act. Donnie Brasco was a great movie but it was not a box office hit. Even the successful 2010 thriller The Tourist pales in comparison with the monstrous earnings of the Pirates of the Caribbean movies. The politically-correct naysayers need to understand that Depp owns an island, and if you think the maintenance costs on a mansion are expensive, I can not imagine what an island costs to operate, the landscaping, the army of gardeners, and the pool cleaners. Given that the same people crying out that Depp has offended Native Americans are probably also railing against the spreading pollution of the ocean, they should sympathize with Depp, since the water surrounding his island can no longer remain sparkling clean by itself. Hence the need for truckloads of money to pay for pool cleaners, or rather ocean cleaners. 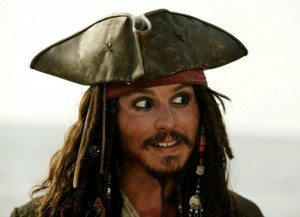 Depp’s breakout role was Edward Scissorhands (1990), and most of his collaborations with his favorite director, Tim Burton, have involved him wearing elaborate costumes. However, Depp was still willing to play conventional roles, and his career between Scissorhands and Pirates of the Caribbean: The Curse of the Black Pearl (2003) boasts some excellent performances. My personal favorites from that period include Ed Wood (1994), Donnie Brasco (1997), The Astronaut’s Wife (1999) and Once Upon a Time in Mexico (2003). Modest financial successes with interesting characters, each one unique. The first Pirates of the Caribbean film was an unexpected blockbuster, and his choice of roles has changed dramatically since then. Aside from three more Pirates movies, with number five slated for 2015, Depp has made Charlie and the Chocolate Factory (2005), Alice in Wonderland (2010), and Dark Shadows (2012) for Tim Burton, all of which required enough make-up to fill a tanker truck. Playing Tonto in The Lone Ranger is nothing more than a logical progression. 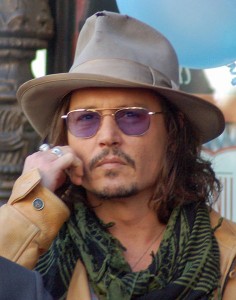 It needs to be mentioned that Depp is following the standard Hollywood practice of having white actors stretch their acting range by playing non-white roles, rather than accepting complex, challenging roles, especially ones that go against type. Burt Lancaster, Rock Hudson, Charles Bronson, Anthony Quinn, and Boris Karloff all played Native Americans. While the official excuse was that there were no real Native Americans with sufficient acting ability to play the roles, it is was actually the actors’ desire to prove their ability, which generally involved slapping on buckets of body paint, stripping down to a loincloth (always popular with the female members of the audience), and staring off into the distance while speaking really slowly. Criticizing Verbinski and Depp for the decision to cast Depp as Tonto instead of someone like Adam Beach is completely unjust, and I am sure that Beach does not want to get typecast as the “Native American actor.” A better question is why didn’t Verbinski man up and cast Beach as the Lone Ranger? I am sure that he has the acting chops to play a white man, he could have bonded with Depp while they were having their respective makeup applied, and anyway, the Lone Ranger wears a mask through much of the film.

So, what do you think of Johnny Depp’s decision to play the Lone Ranger’s Native American partner (sidekick is a little too demeaning) Tonto? Take the poll and decide whether Depp is simply a misunderstood artist or a cynical, insensitive superstar fixated on the size of his paycheck.