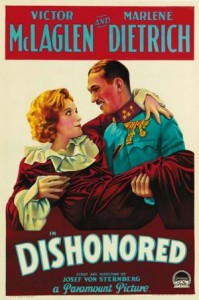 Although Archduke Franz Ferdinand, heir to the Austro-Hungarian Empire, was unpopular, his assassination by Serbian nationalists on June 28, 1914 was the spark that started WWI. Germany supported Austria against Serbia, its patron Russia, and Russia’s ally France. Britain joined France and Russia when Germany refused to guarantee the neutrality of Belgium. While most of the German army fought Britain, Belgium and France in the west, a German army and the Austro-Hungarian Army faced Russia in the east. Although Russia was the greater threat, public opinion in the Austrian-Hungarian Empire demanded that Serbia be punished. Motivated by pride, Count Franz Conrad von Hoetzendorff, chief of staff of the Austro-Hungarian Army, refused to accept that the Austro-Hungarian Empire was not strong enough to face the bulk of the Russian army and the entire Serbian army on its own. The destruction of Serbia was taken for granted, but incompetent leadership ensured that half of the invasion force had become casualties within several months. Worse, an ambitious attempt to drive the Russians out of Russian Poland ended in humiliating defeat, and the Russians were barely prevented from forcing their way through the Carpathian Mountains to enter the core of the empire. While the empire had been saved, the cost in manpower (close to a million men) had been so severe that it would have to accept a junior position in its alliance with Germany.

In 1915, Marie Kolverer (Marlene Dietrich) the widow of an Austrian officer, is recruited by the head of the Austrian secret service (Gustav von Seyffertitz). Austria has experienced several defeats, and will experience more unless he can figure out how information is communicated to the enemy. Given the codename X-27, Kolverer’s first target is Colonel Von Hindau (Warner Oland), an officer on the general staff. Encountering Von Hindau at a masquerade ball, she easily seduces him, meets his contact Colonel Kranau (Victor McLaglen), a Russian spy, and figures out how they send messages to each other. However, Kranau proves to be a wilier opponent, and escapes her trap. A thrill-seeker, Kranau sneaks into her mansion and learns that she is a spy. Soon after he returns to Russia, Kolverer is flown across enemy lines to a hotel that serves as Russian HQ in the area. Posing as a Russian serving girl, she attracts the attention of a general, and obtains the plan for the next offensive, but Kranau catches her trying to leave. Unable to resist the exhilaration of a one-night-stand, he makes love to her the night before she will be executed, but she drugs his wine and escapes. Returning to Austria, her information ensures victory. Although Kranau is captured, Kolverer does not turn him in, but he is recognized by other officers, and will be executed as a spy. Arranging his escape, Kolverer is sentenced to death by male generals who do not understand love.

Director Josef Von Stemberg was far more interested in playing with shadows and portraying Dietrich as an object of male worship than historical accuracy, or any discussion of the war, other than as a backdrop where Dietrich could parade herself. Austria did experience a number of humiliating defeats in the first two years of the war, but they were caused by mind-boggling incompetence, not espionage.

Although it is never stated directly, it is implied that Kolverer, like a number of widows, has been forced to become a prostitute to survive. Germany had War Widows, who received generous payments; maybe Austria was poorer, and was unable to afford the payments, driving women into prostitution.

It is early in Marlene Dietrich’s career but she has a magic, playing X-27 as restrained, but saucy and self-confident. Victor McLaglen’s Colonel Kranau is an odd mix of sneering villain and dashing cockiness. Having grown up watching McLaglen play grizzled sergeants who are fond of whiskey in John Ford westerns, it is strange to see him in his youth. I had the impression that McLaglen had not adjusted to sound because he over-emotes. Actually, over-emote is a kind description of his acting, his scenery-chewing drags the movie down.

The battle of wits and mutual attraction between the two spies is entertaining, if overly melodramatic, like many films from that time. Having caught her on his side of the lines, McLaglen nervously arranges himself while waiting for her to be brought in for interrogation. However, there were a number of interesting scenes, in particular the scene where Kolverer plays the piano to recreate the tune to decode her own encryption of the Russian plan.

The majority of WWI movies deal with the Western Front, so it is nice to see a film that examines the Eastern Front, even if the viewer will learn little other than that the Russians and the Austro-Hungarian Empire fought each other.

Dishonored is not the most historically accurate movie but it is worth watching. Aside from Dietrich basically being Dietrich, Von Stemberg lets scenes move at their own pace. Given the recent wave of modern blockbusters that seem to be composed of a relentless barrage of action set-pieces apparently modelled on rollercoaster rides, it is a nice change of pace to just relax and soak up the atmosphere. Also, how many movies have the female protagonist not only outwit her male opponent, but demonstrate greater courage? In the end, they are both willing to die for their countries, but only she is willing to die for love.