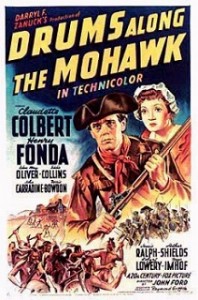 The British victory during the Seven Years’ War (1756-1763) ended the fierce struggle betwen France and Britain for domination of North America. British control over the French colonies ensured that the northern American colonies no longer had to fear French-backed Indian raids. However, tensions soon grew strained between Britain and the thirteen colonies. British attempts to increase taxation in the American colonies to help pay the huge debts run up led to increased discontent as the increasingly self-reliant colonies resented the British government’s high-handed approach. Believing that a firm display of force would show the colonists their place, the British were shocked when open warfare erupted in 1775, which started the American Revolution (1775-1783). The small army stationed in the colonies was obviously incapable of putting down the rebellion, so additional reinforcements were sent from England, including more than twenty thousand Hessian soldiers rented out by German dukes, in the summer of 1776, the powerful British force easily pushed the American army led by General George Washington out of New York City but a solid core of rebels remained even after a bloody retreat across New Jersey.

Clearly a change of strategy was called for. Lieutenant General William Howe planned to capture Philadelphia, the largest city in the colonies and the base of the Continental Congress. In addition, it was decided to launch a second expedition from Canada that would seize control of the Hudson River, separating Connecticut, Rhode Island, New Hampshire and Massachusetts from the remaining nine colonies. Lieutenant General John Burgoyne was to lead the main army of 8,000 British and German troops southwards from Canada along the Lake Champlain-Lake George route to attack Albany, while a smaller force under Colonel Barry St. Leger invaded the Mohawk Valley as a diversion.

In 1776, Lana (Colbert), a wealthy young woman, marries a farmer named Gil (Fonda) and leaves a comfortable mansion in Albany, New York to live in a rough cabin in the sparsely settled Mohawk Valley. The only potential cloud on the horizon is the American Revolution, which has spared the valley so far. However, there are rumors that the Tories have stirred up the Indians, so a militia company is organized for defence. An Indian raid destroys their homes but life on the frontier is not for the weak, so they rebuild and get on with their lives. A year later, the Indians suddenly show up to burn more houses and everyone in the community flees to nearby Fort Dayton.

Frontier life, such as square dances and neighbors gathering together to help clear land, is shown in loving detail, although it is an idealized view of a happy community without the harsh loneliness that tormented settlers. Since there were no newspapers in the settlement, the preacher mixes his sermon with gossip and advertisements.

Since the movie was made in 1939, there is the mandatory hysterical crying fit when Lana first sees the cabin but she quickly adjusts to frontier life. Despite Lana’s initial hysteria, she proves as capable as her husband to bear the hardships of taming a frontier, and portrays a surprisingly strong female character for the time. In fact, the director’s attention to the women’s perspective leads him to show the agony of waiting for the men to return after marching off to face an army of Tories and Indians. Instead of filming the battle, Ford has Fonda describe it, while revealing both the terror of his first battle and his pride in surviving the experience.

This battle was based on the slaughter at Oriskany when 800 militiamen marching to relieve Fort Stanwix, which was under siege by a force of British and Tory regulars, and Indian allies under the command of Colonel Barry St. Leger, were ambushed. While Leger’s little army did besiege Fort Stanwix, the fort was defended by Continentals (American regulars), not militia, and was far from any settlements. Furthermore, Leger had refused to let his Indian allies raid the settlements in the valley because he feared that they would kill too many people.

Even though the Indians were not permitted to raid, a key element of frontier life for Hollywood is Indian raids and the movie contains several. The film accurately shows the settlers’ fear of Indian raids and the frustration involved in pursuing an enemy that could melt into the forest. It seems hard to believe that 1,000 Indians managed to surprise them and it seems even more unlikely that the Indians would even bother trying to break through the fort’s strong, high walls but Ford wanted drama. However, unlike many movies of the period, the director had little interest in sugar coating the effects of war.

It seems odd to have a movie about the American Revolution without the British but Ford was in a tough position. He knew that war with Germany was coming and he had little desire to show the British as villains when they were fighting for their lives against the Nazis. Ford was a chronicler of American history, at least as he interpreted the history, but the more tolerant view that he brought to his later movies had apparently not yet developed. All of the farmers are patriots and the Tories are clearly evil since they stand back and let the Indians do all the fighting, while the only Tory who is seen at length wears an eye patch and is always skulking in shadows. In fact, the whole theme of the film is sturdy Americans braving tough economic hardships and then standing firm against evil tyrants. Ford’s treatment of Indians is extremely stereotypical since the Indians are mindless savages and the lackeys of the Tories, except for one token “good” Indian, who is an ally of the settlers. His depiction of Indians would greatly improve over the years, although it could only get better, culminating in Cheyenne Autumn (1964).

This was Fonda’s second time as a leading man in a Ford film so he knew what to do, but the director’s lack of chemistry with  Claudette Colbert meant that considerable screen time was given to Edna Mae Oliver, whose crusty old widow steals the film. The preacher is also a delight, calling on God to smite their enemies and help them gird their loins for battle.

While the glorious images of Technicolor make the frontier come alive, it is not Ford’s best movie. On the other hand, there are only a handful of movies on the American Revolution.