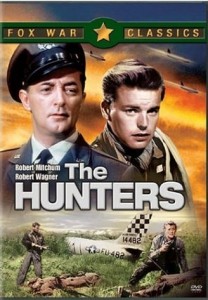 Both Rhee and Kim wanted to reunify Korea by force and believed that the other side would fall easily, but their respective backers had different approaches. Aware that Rhee would provoke a war if permitted, the United States had refused to provide the ROK army with planes, tanks and artillery. However, Stalin approved Kim’s invasion plan, supplying the North Koreans with generous quantities of planes, tanks and artillery. When the North Korean People’s Army (NKPA) crossed the border on June 25, 1950, its large, well-trained army steamrolled through the unprepared ROK forces,  starting the Korean War. Believing that remaining neutral would be interpreted as weakness by the Soviets, President Harry Truman won the support of the United Nations for the defense of South Korea, assigning the military response to General Douglas MacArthur, commander of the American occupation forces in Japan. Nearly bankrupted by the massive expense of WWII, the American army had been allowed to decline, while reinforcements were sent piecemeal, so the NKPA had gained control of all of Korea by August except for a small perimeter around the port of Pusan. The NKPA had already burned itself out with repeated frontal attacks when an amphibious landing at Inchon caught the North Koreans completely by surprise. Seoul was recaptured on September 25, and the NKPA began to disintegrate.

Deciding to reunify Korea by force, an overconfident MacArthur dismissed China’s warning that it would not permit American troops near the Yalu River, the border between China and North Korea. The entry of hundreds of thousands of Chinese ‘volunteers’ into Korea in late November transformed the war. After a series of Chinese offensives and American counter-offensives, the lines had stabilized near the 38th Parallel by mid-summer 1951. Using negotiations as a cover, the Chinese had fortified their lines, thus negating the American advantages of aerial and artillery superiority. The negotiations dragged on until mid-1953 because the Chinese and NKPA would not accept the right of Chinese and North Korean PoWs in UN custody to refuse repatriation to their home countries.

Major Cleve Saville (Robert Mitchum), a famous ace from WWII, is assigned to a United States Air Force (USAF) squadron in Korea in 1952. During a stopover in Tokyo, Saville encounters Lt. Carl Abbott (Lee Philips), a pilot in the same squadron, who is terrified of combat and finds courage in alcohol. While helping Abbot make his way home, Saville meets Kristina Abbott (May Britt), Carl’s wife, and immediately falls for her. Despite a powerful attraction to Saville and a failing marriage, Kristina struggles to remain faithful to her husband while continuing to see Saville.

After arranging for Abbott to be assigned to his flight, Saville tries to help the troubled young pilot cope with the stress of combat. Another member of the flight, Lt. Ed Pell (Robert Wagner), is a dangerously reckless pilot until Mitchum straightens him out. Under Saville’s leadership, the flight achieves an impressive record of victories, but a battle with a Chinese ace ends with both Saville and Abbott shot down over enemy lines, so they must work together to make their way back to U.N. controlled territory.

Initially opposed by outdated North Korean Yak fighters, the USAF quickly established air superiority, until Soviet MiGs arrived in November 1950. Realizing that the F-80s, the USAF’s first jet fighter, could not cope, the USAF transferred several squadrons of F-86 Sabres to Korea, but they were new planes and most were based in Europe to counter the Soviets. Flying MiGs purchased from the Soviet Union, the People’s Liberation Army Air Force (PLAAF) first entered the air war in September 1951 but since there were no functioning airfields in North Korea, the short range of the MiGs meant that they were confined to defending the rear areas near the Yalu River, which became known as MiG Alley. In addition, Soviet pilots were forbidden to fly near the front lines in order to avoid being captured if they were shot down, since the Soviet Union officially denied sending pilots to North Korea. The first PLAAF division had a mixed record but the pilots learned and shared their experience with the next division of fifty pilots in late October, so the new division was quite effective. Although Chinese pilots played an increasing role in the air war in 1952 and 1953, the Soviets never withdrew all of their squadrons. In fact, two-thirds of all Communist sorties were flown by Soviet pilots.

By mid-1952, UN intelligence estimated that there were roughly 450 MiGs in Korea, opposed by only 89 F-86s, but General Hoyt Vandenberg, chief of staff of the USAF, refused to send more Sabres because they were needed in the United States and Europe. The shorter range of the MiGs kept them from being a threat outside of MiG Alley. After new airfields were constructed which permitted MiGs to reach Seoul, another squadron of F-86s were sent to Korea from Japan in November, so the aerial fighting became fierce at the end of 1951.

Once USAF fighter pilots had completed 100 missions, they were transferred out of Korea, and their replacements were either raw pilots fresh out of pilot school or reserve pilots who had last flown bombers in WWII. The reserve pilots were out of shape both mentally and physically. The mental issue was key since the reflexes often remained but the pilots were no longer aggressive enough for jet fighters. While Pell is presented as a reckless pilot, concerned about his personal record, not the safety of his fellow pilots, many aces were dangerously aggressive. Pell is supposed to be a younger version of Saville, and it would have been interesting to see Saville’s reaction when confronted with a mirror image of himself ten years ago, but Pell’s combative nature is simply a subplot in the movie, which focuses on the relationship between Saville and Kristina.

It is hard to calculate the number of MiGs shot down but the current estimate is a ratio of 4 MiGs to 3 Sabres. The battle for air superiority in MiG Alley usually favored the Sabres but the Sabres maintained undisputed air superiority over all of South Korea and most of North Korea. At the time, the USAF claimed a ratio of 10 to 1 in favor of the Sabres. The script states that the statistics are 13 to 1 for the United States, but explains that most of the group’s losses are due to one MiG pilot, Casey Jones, is dangerous. The Soviet and Chinese squadrons were rotated in and out of Korea as units, so each new squadron would be raw and inexperienced, which explains why American pilots often lacked respect for their opponents. Instead, the movie attributes the drastic change in enemy pilots’ performance to a single Chinese ace, Casey Jones. However, the script deserves credit for showing a Chinese, rather than Soviet, ace taking such a toll on the pilots.

By that stage of the war, Chinese ‘volunteers’ made up the majority of the Communist forces, but the North Koreans handled internal security, and they were so harsh that any potential sympathizers who could have aided downed pilots had already been rounded up and killed or sent to work camps. Once the Chinese had built the defensive lines across the peninsula, and milked the negotiations for propaganda value, the North Koreans knew that they would never be liberated, so they refused to cooperate with covert agents. Hundreds of South Korean agents were sent behind enemy lines, and very, very few returned. Given the massive line of fortifications stretching across the country, it seems improbable that the downed pilots could have made it back to UN controlled territory, but the lines are not shown, just open country.

Damn, Mitchum is smooth, although there are several parts of the movie where he does not seem to believe his own dialogue. Making the most of a limited role, Robert Wagner is awesome as an obnoxious, over-eager pilot.

The film wisely includes a lot of footage of Sabrejets and simply stunning scenery in Japan, which is far more exciting than the love story, especially since Japan was still a relatively alien place and Sabrejets were cutting-edge planes in 1958.

Since it was made during the Cold War, the producers did not have access to MiGs, so F-84s were used instead.

The movie is based on the novel of the same name by James Salter, but the plot has been completely changed because screenwriter Wendell Mayes felt that it was too internal a story to be adapted to the big screen. A former actor who had turned director in 1953, The Hunters was the last of director Dick Powell’s five films. Powell had achieved success with his previous film with Mitchum, The Enemy Below (1957), a gritty look at an American destroyer hunting a German U-boat in WWII, with a script by the same screenwriter, but the decision to have a love triangle doomed The Hunters to the ranks of romances set in war time, and a mediocre romance at that.

As a tourist advertisement for Japan and a tribute to the Sabrejets, it is an enjoyable movie. It is considerably less effective as a look at the air war in Korea.