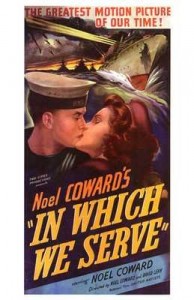 Following Germany’s invasion of Poland, Britain and France declared war on Germany, which started WWII. Although the Royal Navy blockaded German ports, and German U-boats and surface raiders hunted Allied shipping, the situation in Europe remained deceptively calm. In fact, it was so calm that people described the war as the Phoney War. While the combined forces of Holland, Belgium, Britain and France outnumbered Nazi Germany, Holland and Belgium remained neutral, even after Germany invaded Norway and Denmark. France had been a battlefield during WWI and the losses to French manpower had been so extreme that the nation had not fully recovered more than twenty years later. Hoping to avoid a repeat of the previous war, the French had constructed a supposedly impregnable series of fortifications, the Maginot Line, to hold off any German army while a counter-offensive was prepared.

The Maginot Line did not live up to expectations when the Germans launched a two-pronged offensive on May 10, 1940. One German army moved through Holland and Belgium to distract the Allies, while the second army, made up largely of armoured units, made its way through the Ardennes Forest, where the French defences were weak, thus trapping the Allied armies in a pincer. Faced with the destruction of the British Expeditionary Force (BEF), General the Viscount Lord Gort, the commander of the BEF, decided to fall back to Dunkirk, and a well-organized evacuation saved most of the troops.

Czechoslovakia, Poland, Denmark, Norway, Holland, Belgium and France had all fallen to Nazi Germany. England was alone, supported only by the Dominions that made up the British Empire. Hitler hoped that the British government simply needed time to accept German domination of Europe. A month later, he lost patience and ordered preparations for Sea Lion, a plan to invade England. Outmatched by the powerful Royal Navy, the German Navy refused to launch the invasion until Germany controlled the skies and the British warships could be bombed at leisure. Unknown to the Germans, the Royal Air Force (RAF) had developed an early-warning system that used radar, while the Luftwaffe proved unable to use its greater size to overwhelm the smaller RAF. Failing to gain control of British skies during the Battle of Britain, Germany turned to night-time bombing of London to terrify the British into surrender. The Blitz lasted from September 7, 1940 to May 10, 1941 but the British continued to defy Hitler.

Germany launched an airborne invasion of Crete on May 20, 1941 to deny Britain a base in the eastern Mediterranean, and the island was conquered after ten days of bloody fighting. The Royal Navy repeatedly attacked German convoys transporting reinforcements to the island but Stuka dive bombers sank several British warships, including the Royal Navy destroyer HMS Kelly, commanded by Captain Lord Louis Mountbatten.

After showing the construction of a ship, the Royal Navy destroyer HMS Torrin, the story shifts to a night-time battle near Crete, where the Torrin and several other British destroyers are attacking German transports in May 1941. When the ship is badly damaged by German dive bombers the next day, the crew is forced to abandon ship. A group of survivors, including Captain Kinross, cling to a life raft, as they watch the destroyer slowly capsize. While waiting for rescue, the captain, a chief petty officer and an able seaman experience flashbacks of their service with the destroyer. Captain Kinross remembers taking command of the ship. Convinced that war would soon break out, he rushed the commissioning, and the ship is commissioned the day after the signing of the non-aggression pact between Germany and the Soviet Union on August 23, 1939.

Although Britain declares war on Germany on September 3 when it refuses to end its invasion of Poland, the failure of Britain and France to actually attack Germany causes relatives of the crew to doubt that there really is a war, calling it the Phoney War. The war turns real when Germany invades Norway, and the Torrin takes part in a battle against the German fleet. Another flashback shows the ship helping to evacuate British soldiers from Dunkirk. Members of the crew see the Battle of Britain firsthand while on leave, and the Blitz takes its toll on the crew’s relatives. In the end, the survivors gather together, determined and confident in the knowledge that more powerful ships are being built to continue the war.

The film really paid tribute to the ship itself and to the well-trained crew, while showing that a surprising amount of manpower was involved in the process of loading and firing cannon.

Unimpressed with the original professional extras, Captain Lord Louis Mountbatten, the inspiration for the film, replaced them with real sailors, while the evacuated troops were played by soldiers from the 5th Battalion Coldstream Guards, including some who had taken part in the Dunkirk evacuation, which gave the Dunkirk scene a more realistic feel. Although the soldiers are sufficiently shell-shocked, the movie does not show the hell at Dunkirk.

The movie does not sugarcoat the toll that the Blitz took on the civilians.

The speech by the captain’s wife about her bitter rival, the ship, is quite touching. In addition, the movie captures the brave face that the wives put on when the sailors go to sea.

Made during WWII, it is definitely a propaganda film, since it is dedicated to the Royal Navy, “whereon under the good providence of God, the wealth, safety and strength of the kingdom chiefly depend.”

The film really shows how the ship functioned. The ship and the crew are the star of the film.

The story is told mainly from the perspectives of the captain, a chief and an able seaman, in order to show their different viewpoints and home lives. This diversity of viewpoints is likely due to the fact that the film had three naval advisers: an able seaman, a Lt. Commander and a lieutenant.

Noel Coward was already extremely successful in the theatre, where he wrote, composed, produced, directed and starred in his own plays. Once the war started, he gave up the theatre and focused on entertaining British troops. However, Coward wanted to direct a film in support of the war effort and he decided to base it on the experience of his friend Mountbatten, whose ship, HMS Kelly, had sunk off Crete in May 1941. The names were changed because Mountbatten refused to let anyone know that the film was based on him. Aware that his original persona of an effete urbanite languidly smoking cigarettes while wearing a dressing-gown would not be appropriate for a naval war drama, Coward modelled his character’s approach to duty on Mountbatten, basing his speeches almost word-for-word on Mountbatten’s speeches.

Since it was Coward’s first time directing a film, he realized that a professional was needed to help with the technical aspects, and he chose Lean, who only agreed after he obtained co-director’s credit. Coward’s original script had been much too long, so Lean and cinematographer Ronald Neame had to prepare the actual script that would be filmed, although they did not receive credit for the revised screenplay. Coward directed the actors and Lean set up the camera shots, but Lean directed the scenes where Coward was one of the actors. As Coward began to trust Lean’s judgement, Lean’s confidence as a director grew. Finally, Coward became restless and left the filming to Lean unless he was actually in the scene.

While the film was a propaganda piece with the support of senior members of the government and the Ministry of Information (MoI), it could not initially find a distributor because none of the cast were stars, even though the movie would make the careers of many of the cast members. Studios were especially nervous about Coward, who was little known outside of the theatre and not considered a film star. Fortunately, Italian-born producer Filippo Del Guidice was a fervent anti-Fascist and financed the production until British and American distributors were found.

Believing that showing the sinking of a British destroyer would be bad propaganda, the MoI threatened to withdraw its support part-way through production, which would have required a complete rewrite of the script. The MoI’s approval was vital, since it gave the film crew access to military equipment and personnel. A furious Coward asked Mountbatten for assistance, and Mountbatten handled the situation by inviting the King, Queen, Princesses and many reporters for a visit to the set. The resulting publicity ended the MoI’s opposition.

Government backing meant that the RAF contributed captured German planes flown by British pilots from the Enemy Flying Circus, which were used for battle training.

The film contained a deliberate dig by producer Havelock-Allan against Lord Beaverbrook’s Daily Express (and other newspapers that had thought there would be no war), which had published a headline “No War This Year” in January 1939, so there was a shot of a newspaper with that headline being thrown away with the bilge as the ship sailed out to fight the Nazis. Beaverbrook did not take the criticism well and refused to talk to Coward for a long time.

The premiere was attended by many senior naval officers, who were surprised to find themselves crying by the end of the film. The film received excellent reviews, both in Britain and in the United States, but none of them mentioned Lean. The story of a defiant nation continuing to fight a more powerful enemy proved popular in the United States, attracting sympathy for Britain.

Although the movie is blatant propaganda made when victory was far from guaranteed, it is surprisingly enjoyable and an effective presentation of British attitudes toward the war.