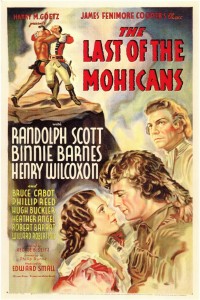 Fort St. Frederic (Crown Point) on the northern end of Lake George was the base of Indian raids that had plagued New York for generations, so it was a key target when open warfare broke out. Determined to end the threat, the governor of New York organized an expedition in 1755 that carved a road from Albany to the southern end of Lake George, built Fort Edward at the head of the road to protect Albany and constructed Fort William Henry at the edge of the lake as a steppingstone for the attack on Crown Point. However, the slaughter of a powerful force of militia on the road between the two forts had caused the expedition to be postponed until the following summer. The 1756 expedition was delayed by the slow pace of militia recruitment and incompetence in the British command, which enabled the French to capture a weakly defended fort on Lake Ontario. In 1757, Pitt had decided that the main British effort would be focused on the French fortress at Louisburg in Nova Scotia, so second-rate troops under Lieutenant Colonel George Munro were assigned to Fort William Henry to draw Montcalm’s attention away from Louisburg.

Lieutenant Colonel Munro is sent to occupy Fort William Henry, while waiting for reinforcements under Major General Daniel Webb, who is based at Fort Edward. A force of militiamen is recruited but they only agree to serve on the condition that they can leave if the Indians start raiding their homes.

Munro’s trusted scout Magua leads Munro’s daughters and Major Duncan Heyward into a trap, but they are saved by Hawkeye, and his adoptive father and brother, Chingachook and Uncas. Although Hawkeye had expressed contempt for the idea of serving the king, he and his two sidekicks had deliberately followed the group because they were suspicious of Magua since he had been taken by the Mohawks but he was still a Huron at heart.

Despite Hawkeye and Heyward’s repeated clashes over who is the alpha male, the little party manages to make it safely to the fort just as the French army appears. Uncas and Cora openly fall for each other but the main romance is between Alice and Hawkeye.

The fort holds out for ten days against the much larger French army while waiting for Webb as food and ammunition run low. Hawkeye and Chingachook discover that Magua plans to send Hurons and Ottawas raiding in the settlements but Munro is convinced that Montcalm will control the Indians and refuses to let the militia leave until Webb arrives. After threatening that the colonists should make their own peace with the French, Hawkeye and his two sidekicks are arrested for helping the militiamen sneak out at night.

Munro finally agrees to surrender after he learns that Webb advises surrender because he can not send any reinforcements. Magua tells the other Hurons that the French want peace, but they have no scalps, so they will not bury the hatchet, which leads to a massacre.

The movie’s portrayal of Pitt’s strategy is accurate, although his near-total control of Britain’s war effort is not shown. However, there is no mention of the previous attempts on Lake George, or the fact that both it and Fort Edward were built to protect Albany from Indian raids. Although the militiamen say that they only want to fight the Indians, not the French, in reality they knew that Crown Point was the base for Indian raids and wanted to eliminate it. Since Fort Edward is only fifteen miles away, Webb’s failure to rescue them is blamed on the War Office’s delay in sending him reinforcements from England, which is better than the real reason, namely Webb’s indecisive and slightly cowardly nature.

In the film, Magua’s hatred for Munro is clearly driven by personal reasons. Actually, the Indians wanted prisoners and loot, as well as scalps, which may seem barbaric, but they did not want to return home empty-handed, and the French had not offered to compensate them for their time and trouble. It would have been helpful if someone had explained that the Mohawks were traditionally British allies and that the Hurons usually sided with the French.

The movie goes out of its way to whitewash Montcalm and the French for any responsibility for the massacre. A happy ending is tacked on, forgetting that the massacre is remembered precisely because there was no happy ending. The British and the colonists even make up and develop a mutual respect for each other, thus ignoring the brewing discontent that led to the American Revolution (1775-1783).

Aside from the major alterations to the historical record, there are several minor historical errors. Lake George is not a small cottage lake where you can see your neighbors across the lake, but the movie has the French bombard the fort from their side of the lake. In addition, the militiamen sing Yankee Doodle Dandy as they march off. The British sang it during the Seven Years War to mock the colonists, who only willingly sung it during the American Revolution.

Since the movie was made in 1936, the now-standard desire to protect the virgin forest gets little attention. Hawkeye actually wants settlers to pour into the Ohio Valley and eventually build a big city there.

Bruce Cabot (Magua) looks like a white man pretending to be an Indian but the mohawk haircut and body paint make him an acceptable substitute, which is more than can be said for the actors who play Chingachook and Uncas. In a nice twist, Chingachook is not thrilled that his son wants a white woman.

The movie is a bit dated but it is relatively accurate and should be commended for showing scalping in a non-judgmental way.