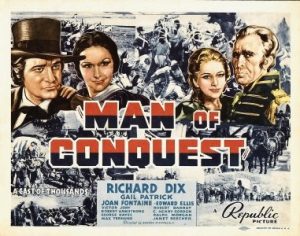 The background to the Texan Revolution is simple. Mexico had allowed American immigrants to settle in relatively remote and empty Texas. The native population was soon outnumbered by the immigrants, many of whom were from the southern states, so they wanted to continue their practice of slavery even though it was illegal in Mexico. More important, this was the Age of Expansion. Americans were used to settling and absorbing an area, regardless of what the original population thought, so conflict was inevitable. After a series of confrontations, open warfare began in October 1835, and the rebels had gained control of Texas by early December. Believing that the Mexican government would not be able to respond until spring, attention shifted from building an army to debating whether or not to declare independence. However, Santa Anna moved faster than expected, and his army appeared in Texas in the middle of winter, besieging the Alamo in February 1836. Caught unprepared, the rebels were unable to reinforce the Alamo, which fell after a thirteen-day siege. When the garrison of the fortress Goliad was captured and executed two weeks later, Sam Houston, recently appointed commander of the Texan army, ordered a retreat, which became known as the Runaway Scrape as thousands of Texans fled towards the US border. Confident that the revolution had been broken, and eager to win more glory, Santa Anna rashly advanced with a small part of the army to deliver the final blow, but suffered a surprising defeat at San Jacinto on April 21. Captured after the battle, Santa Anna signed a treaty recognizing the independence of the Republic of Texas.

A young Sam Houston (Richard Dix) chose to live with the Cherokee because they are the only ones who understand freedom, but when Andrew Jackson (Edward Ellis) calls for volunteers after the British burned Washington during the War of 1812, he is the first to enlist. The movie then fast-forwards to 1829 as Houston campaigns for re-election as governor of Tennessee. After his young bride Eliza Allen (Joan Fontaine) leaves him, he resigns as governor, and goes on a drinking binge that lasts for months until he is cured by his Cherokee friends. When the government forces the Cherokee to leave their lands, a furious Houston leads a Cherokee delegation to a ball at the White House, where he meets Margaret Lea (Gail Patrick). Realizing that Houston is dangerous, President Jackson agrees to treat the Cherokee better if Houston becomes a white man again. Unwilling to remain in the United States, Houston goes to Texas to carve out an empire, but is rejected by Stephen Austin (Ralph Morgan), who preaches peace until he learns that Santa Anna has butchered 5,000 people in Zacatetas as the first step in subduing Texas. Leading two hundred American volunteers, Houston arrives in Texas just as the convention is debating the constitution, and is immediately elected commander of the rebel army. When the Alamo is overrun, Houston retreats for weeks until he picks his battlefield at San Jacinto, luring Santa Anna into a trap that results in victory and Texan independence.

The inaccuracies are many and they start early in the film.

While a stirring speech by Andrew Jackson about freedom convinces the fictional Houston to enlist to fight the British, the genuine Houston had enlisted as a private in March 1813, more than a year before Washington was burned. His size and limited education ensured that he was made first a drill sergeant and then ensign in a small Tennessee regiment that was sent to join Andrew Jackson’s campaign against the Creek Indians in what is now Alabama during the War of 1812. Badly wounded during the final battle at Horseshoe Bend on March 26, 1814, he still managed to stumble forward to lead a charge against the last holdouts where he received two more wounds. Given the rudimentary medical treatment available at the time, it is surprising that he lived, although the arrow wound never fully healed, which may explain his frequent drinking binges.

According to the script, gossip spreads about the breakup of his marriage and a mob decides to run him out of town, which seems overly dramatic. However, the scandal did force the real man to resign as governor and he did offer to duel anyone who attempted to damage his former wife’s reputation. The screen Eliza states that she hates his common touch, but the actual woman may have simply resented being forced by her family to marry a much older, barely functioning alcoholic. Neither party ever explained what happened.

Like the fictional version, the genuine Houston did go on a massive drinking binge following the end of his marriage, but the Cherokee did not save him with a cool dance, instead they changed his name from the Raven to Big Drunk. Also, the script skips over his second wife Diana, a Cherokee, focusing only on the white wives. While the real Houston did marry Margaret Lea, the marriage took place in 1840, after the twenty-year-old woman had managed the impressive feat of persuading forty-seven-year-old Houston to stop drinking. Surprisingly independent for the time, the fictional Miss Lea is quite straightforward in her pursuit, but he can not marry because he has to focus on conquering Texas.

When Jackson refuses to treat the Cherokee better, Houston threatens to lead the Cherokee against the US army, which convinces the president to change his policy. While it is a nice sentiment, it is hard to imagine the real Jackson treating the Cherokee worse, and Houston never considered revolt, aware that it would be a slaughter. Following his divorce, the actual Houston ended up living with the Cherokee 100 miles north of the Red River border with Texas, where he saw firsthand the tragedy of their forced migration. After becoming a full member of the Cherokee Nation in October 1829, his protests about how the Cherokee agent cheated the Indians made him many enemies in Washington. At the same time, he helped calm down angry young warriors and wrote letters to Washington on behalf of other tribes such as the Osage and Choctaw.

However, the oddest part of the movie occurs when the screen Houston goes to Texas to make his own empire, ignoring Jackson’s threats. Good grief, Houston was Jackson’s man, he never broke with him. Entering Texas, Houston and his partner come across a house being attacked by Comanche that is defended by Jim Bowie (Robert Armstrong) and Davy Crockett (Robert Barrat) because the Mexican government does not protect the Mexican residents and the 20,000 American settlers. Is it worth pointing out that the real Bowie was living in another state in Mexico, and fled to Texas when his massive land fraud came to light, while Crockett arrived in Texas shortly before the constitutional convention, when everyone thought that the fighting was over? Yes, it is worth mentioning.

Later, the fictional Houston refuses to formally enter Texas because he does not want to swear allegiance to Mexico. Like so many other Americans whose lives had entered a downwards phase, the real Houston went to Texas to start over. Technically, he was a negotiator with the Comanche, but he was really investigating the situation for Jackson. After writing a confidential report to Jackson recommending the annexation of Texas, Houston busied himself amassing dozens of free land grants. It was not long before he started telling people of his plans to arrange the American annexation of Texas and then use it as a springboard to become governor, senator and finally president. His constant boasting was not appreciated by Jackson, who shared his desire to take Texas but did not want everyone to know. Houston became a Mexican citizen on April 21, 1835 and most of his legal practice consisted of serving as a character witness for Americans applying for Mexican citizenship.

News arrives that the Alamo is about to be surrounded by Santa Anna, so the screen Houston orders William Travis (Victor Jory) to blow up the Alamo and join him, but Travis decides to delay Anna to buy time for the Texans to settle the constitution. The delegates spend the next 13 days debating the constitution, which happens to be the same number of days that the Alamo held out. In reality, the convention officially started on March 1 and the declaration of independence was modeled on the American version. Adopted by the delegates within the space of an hour, the declaration became official on March 3. This speedy decision-making was largely the result of the intense debate that had taken place between the Peace and War hardliners and the moderates during a consultation at the start of the revolution.

There is no mention of Goliad, but the movie does show the Runaway Scrape as everyone flees the Mexican army following the capture of the Alamo.

The battle of San Jacinto is relatively accurate, although the script does not explain that Anna had pressed on with just a small part of the army to make sure that he received all of the glory for the rebels’ defeat. Like the real battle, Houston keeps his men in the forest until the Mexican get hot and have a siesta, thinking that the rebels do not dare fight, a fair judgement since they had retreated for weeks.

The endless talk about freedom means there is little time for battles.

While the script is a giant mess of inaccuracies, I have to admit that there was a positive element. Trying to persuade Houston to make Texas American, Jackson admits that the American government has its faults but it is still the best system in the world. It was rare to see any criticism, however mild, of the United States at the time, so that is impressive.