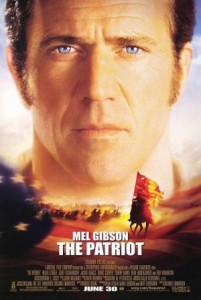 The British had been taken by surprise by the American colonists’ rebellion in 1775, which started the American Revolution (1775-1783), but a major defeat was inflicted on the rebels at New York City in September 1776. Hoping to deal the rebellion a fatal blow, Philadelphia, the capital of the colonies, had been captured in September 1777 but instead of capitulating, the rebel army reformed and continued to fight. Worse, the surrender of a British army under Lieutenant General John Burgoyne to Major General Horatio Gates at Saratoga on October 17, 1777 convinced France to enter into a formal alliance with the American colonies, thus widening the conflict.

By late 1779, the war in the north had reached stalemate, so the British shifted operations to the south, thought to be overflowing with loyalists, and Charleston, South Carolina fell on May 9, 1780 after a lengthy siege. Gates, the hero of Saratoga, rashly led an army of exhausted, starving Continentals (the regular army) and raw militia into battle against an equal number of redcoats and Tory regulars at Camden, South Carolina on August 17. The redcoats charged, most of the militia ran away, and the Continentals were surrounded and slaughtered. The British thought that they had finally subdued the Carolinas. They were wrong.

Benjamin Martin (Mel Gibson) is a plantation owner and a representative to the South Carolina assembly. When he refuses to vote in favor of revolution, Gabriel (Heath Ledger), his oldest son, joins the Continentals, against his wishes. Following brief scenes of the Continentals being crushed by British redcoats and then freezing in a winter camp, presumably Valley Forge, the story jumps forward four years to Charleston’s surrender. An army is sent from the north under Major General Horatio Gates to prevent the British from gaining control of the Southern colonies. When the two armies meet at Camden, Gates leads the rebels to defeat, and the Virginia Continentals are massacred by the Green Dragoons after they had surrendered. When a member of his family is killed by Colonel William Tavington, the commander of the Green Dragoons, Martin joins the war.

A skilled guerrilla leader, Martin leads a band of partisans to keep the British too occupied in the Carolinas to move north and threaten the main rebel army under George Washington. Infuriated by the havoc wreaked by the partisans, Major General Charles Cornwallis, British commander in the south, authorizes Tavington to use brutal tactics to scourge the guerrillas. The ruthless methods are effective and the British retake the initiative. When a rebel army under Major General Nathanael Greene is cornered at Guilford Courthouse by Cornwallis, the situation is desperate but Martin suggests a plan that could lead to victory.

A scene early in the movie where Martin wipes out twenty redcoats on his own is undeniably incredible but unlike the nameless extras, British regulars were trained to use their bayonets and would have stuck him like a pig. It would have been more faithful to actual events to have Martin lead his neighbours to rescue his son but then Gibson’s alpha male status would not have been established.

Blaming the defeat at Camden on Gates, Martin comments that going head-to-head against redcoats on open ground is suicide, which is an insult to the real Continentals. Admittedly, they had been beaten by the British at Brandywine and Germantown during the Philadelphia campaign in 1777 but their only really serious defeat was at Long Island, New York, very early in the war. After receiving training from Baron Friedrich von Steuben at Valley Forge during the winter of 1777-1778, the rebel army had forced the British to retreat at Monmouth Courthouse in June 1778.

Tasked with raising a partisan band to prevent Cornwallis from moving north until a French army arrives, Martin protests that the militiamen are farmers who would be better off staying out of the fight, which is simply silly. Bands of partisans sprang up across South Carolina after the fall of Charleston, led by men who had served in the Anglo-Cherokee War (1758-61) and knew how to plan an ambush. The partisans usually fought against Loyalist units, but the nasty civil war in the South has been airbrushed out of the story. Despite Martin’s misgivings, the partisans slaughter every force of redcoats that walks into their ambushes. While it is true that partisan bands operated freely throughout South Carolina, and the British only controlled the area inside their forts, the real Cornwallis was delayed by a fever that incapacitated much of his army.

In the movie’s version of events, the revolution is nearly lost because General George Washington and the main Patriot army are being pursued by a much larger British army in the north, while Cornwallis has destroyed the rebel army in the south. This is blatantly false. The main British army was afraid to come out of New York City and face Washington. Although two rebel armies had been eliminated within three months early in the campaign, the rebels’ fortunes had improved and the British army in the south controlled only the ground beneath its feet. After Major General Nathanael Greene took command of rebel forces in the south, Brigadier General Daniel Morgan won a victory at Cowpens against feared cavalry commander Colonel Banastre Tarleton, whose rash nature caused him to walk into a trap. Greene then lured a British army on an exhausting pursuit across North Carolina that culminated in a pyrrhic victory for the British at Guilford Courthouse on March 15, 1781. Realizing that the vision of recruiting a Loyalist army in the Carolinas was simply a mirage, Cornwallis abandoned the region and led his broken army into Virginia. Not only is the situation deliberately reversed in order to make the rebels underdogs, but Greene, the architect of victory in the Carolinas, is reduced to a cameo appearance and Morgan, probably the best battlefield commander in the rebel army, is only mentioned briefly.

As part of the effort to perpetuate the myth that the militia won the Revolution, the Continentals seem to exist primarily to provide the militia with support, so a key event during the final battle does not appear in the movie. During the real battle at Guilford Courthouse, Cornwallis had seen that a battalion of redcoats was losing a bayonet fight against an equal number of Continentals. Fearing a rebel victory, he ordered his artillery to fire into the center of the confused mass of men trying to kill each other, betting that the redcoats’ discipline would let them reform first. He was right but either the director did not see the cinematic possibilities or it would have contradicted the leading role given to the militia.

Emmerich’s use of Jean Reno for comedy relief in Godzilla (1998) had been so effective that fellow Frenchman Tcheky Karo was brought in for the Patriot. Although no French soldiers were involved in the southern campaign, it is a minor quibble, especially since the goal was to pay tribute to the French role in the war. However, showing him as hating the British was a bit much. British and French officers were professionals, who may have tried to kill each other, but there was little animosity and captured officers were always treated well.

The movie was originally supposed to be about Francis Marion, the best guerrilla leader of the American Revolutionary War, but British historian Christopher Hibbert had stated that Marion should not be presented as a hero, since there were strong rumors that he had had sex with his slaves. While Hibbert is a good historian, it seems a little bit hypocritical to say that it was okay to own people, force them to work for you and sell their children away from them but you could not have sex with them. Slavery was a repulsive, evil institution but history is full of horrible practices. Marion, like his fellow slave owners George Washington and Thomas Jefferson, was a product of his times, and it should be possible to tell his story without condoning the less savory aspects of his character, but the producers clearly feared the controversy. Although Martin is supposed to be a composite character of several guerrilla leaders, he closely resembles Gibson’s usual screen persona. Martin prays a lot and has seven children because they were written into the script to attract Gibson, who prays a lot and has seven children. In fact, the Revolution takes a back seat to Martin’s desire to keep his family together.

The 27 year-old Tarleton is replaced by a 37 year-old Tavington, who would never have been able to ride a horse for several days straight in pursuit of rebels.

No opportunity is wasted to demonize the British. While Tarleton and other British cavalry commanders had burned and hung their way across South Carolina when chasing partisans, they did not execute wounded prisoners or kill women and children. The atrocities committed by Tavington resemble more the actions of the SS against the French resistance during WWII. Possibly screenwriter Robert Rodat had leftover material from his script for Saving Private Ryan (1998).

The movie has the tired subplot of a white bigot learning to recognize the value of a black comrade. While it is true that a few slaves did win their freedom through military service during the revolution, many of the delegates to the Continental Congress were slaveowners, and they had ensured that the Declaration of Independence did not include the 400,000 slaves in the colonies. Furthermore, Martin is deliberately made one of the tiny minority of plantation owners in the Carolinas who used free blacks, so the average viewer would think that black slaves were the exception, not the rule. Producer Dean Devlin has admitted that they had intentionally made Martin a non-slaveowner and Tavington as evil as possible to create a battle between good and evil. It is extremely frustrating since the commentary by the director and the producer shows that they had performed the research and understood the campaign in the south, but they clearly decided to not put any of it in the film.

Putting aside the countless historical errors, it is an enjoyable movie. The romance between Gabriel and his girlfriend is charming. Martin’s second eldest son does not want to wait another two years because the war might be over by then, and Martin’s earnest hope that it will be is quite touching. In addition, Gibson deserves credit for portraying Martin’s helplessness when his family is threatened by a large number of redcoats.

The campaign in the Carolinas is fascinating and one day someone will make the movie that it deserves, instead of a misleading jumble of fact and fiction.