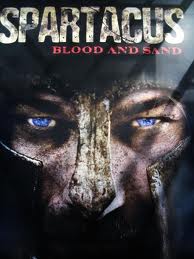 Spartacus: Blood and Sand may be a sex-and-sandal series but it is worth watching.

It would be unfair to compare the series to HBO’s Rome, since the producers clearly intended to emphasize entertainment, not historical accuracy. At first glance, Spartacus probably looks like a trashy soap opera about gay bodybuilders. However, it is surprisingly entertaining and even more surprising, good history.

The Roman Republic is justly famous as an early example of democracy, but it was built on a foundation of human misery, where Roman citizens deprived people, usually foreigners from conquered lands, of their liberty in order to ensure that the citizens enjoyed lives of leisure. Estimates of the percentage of slaves in Italy by the time of Spartacus range from 35% to 40%.

The limited budget prevents the producers from presenting the scale of the Roman Republic, but the show explains how rough it was to be a slave. There was no hope for anything other than survival. Very few could buy their freedom, and slaves were treated as talking furniture. Slaves were primarily in the background in HBO’s Rome, except for the personal slaves of Julius Caesar, Servilla and Atia, who were treated as trusted advisers, not slaves. The majority of characters on Spartacus: Blood and Sand are slaves and there is no doubt that they are slaves. While more skilled or educated slaves often received better treatment, and may have even enjoyed levels of comfort comparable to the free-born poor, that comfort depended on their masters’ whim and they had no legal protection. Although Spartacus is set in a city, most slaves laboured on farms, and their lives were likely harsher than domestic slaves in cities. However, even favoured slaves like Spartacus and Asser are still reminded bluntly that in the end, they are objects and will be employed in the manner that is most profitable for their owner, regardless of what they want. There are undoubtedly better movies on slavery but a TV series has more time to show the relentless depression of slavery.

Moreover, the show explored the hierarchical nature of Roman society. Most of the characters, both slave and free, on Spartacus: Blood and Sand were driven by a desire to improve their status. Aside from the simple desire to survive, the gladiators want to move up the pecking order in order to obtain better quarters and food, and the respect of their peers. Batiatus, the owner of the gladiator school, and his wife Lucretia want better wine, the trappings of wealth, and most important, the acceptance of the nobility. Roman citizens had the right to vote, but the republic was not a meritocracy.

While the acting is generally impressive, the two standouts are Lucy Lawless and John Hannah. Having already proven that she could act on Battlestar Galactica, Lawless has created a character with surprising depth, but Hannah’s Batiatus is one of the main reasons why I watched the show. When given good lines like “Here comes the snake, walking like a human,” his delivery is excellent. When his schemes go wrong, he curses with such anger that his entire body convulses, making me wonder if he ever pulled a muscle. “Jupiter’s cock” has now become one of my favourite curses.

When I compared Rome with The Tudors, I commented that if someone watched Rome and wanted more blood, they need help. And likely make up the main fan base of this show. Gladiator matches are a combination of the Ultimate Fighting Championship and the World Wrestling Federation, only to the death. The constant display of well-oiled beefcake should have attracted female viewers but they would need strong stomachs to handle the heavy dose of blood.

If you are looking for a justification to watch gladiators in leather speedos slowly wash their bodies by torchlight, gladiators having passionate, intensely explicit sex and gladiators cutting open their opponents’ stomachs so that the intestines spill out, you can tell yourself that you are only doing it to see the underside of the Roman Republic and to gain a better understanding of the institutionalized misery of slavery.

Or you can satisfy your inner sixteen-year-old with sex, violence and relentless scheming, and any history lessons are an added bonus.