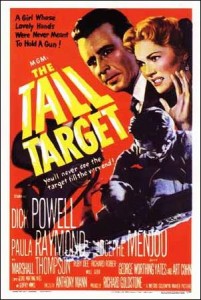 Slavery was an extremely divisive issue in the United States, therefore the Missouri Compromise was adopted in 1820 to prevent conflict. New states above the southern boundary of Missouri (excluding Missouri) would join the Union as a free state, while states located below Missouri automatically became slave states. However, the compromise was broken when Kansas Territory was opened to settlement in 1854. Since the residents of Kansas would vote whether to enter the Union as a slave or free state, the territory soon became a national issue as abolitionist and pro-slavery groups competed to send more settlers to Kansas in order to tilt the balance in their favour. The north’s greater population made the difference and a large majority of residents voted in 1859 to enter the Union as a free state. While the period between 1854 and 1859 is known as Bleeding Kansas, less than a hundred people died, but zealots on both sides used the threat of violence to intimidate settlers into leaving.

Fuelled by a powerful desire to end slavery, abolitionist John Brown led several of his sons to kill a number of pro-slavery men in Kansas in May 1856. Becoming a national celebrity, he attracted the financial support of wealthy abolitionists and recruited a small band of followers. An attempt to seize a federal arsenal at Harper’s Ferry in Virginia in 1859 to spark a slave insurrection that would destroy the slave-holding system in the south failed, most of his followers were killed and he was captured. Put on trial, Brown used the public forum to spread the idea that slavery must be destroyed. The widespread support that Brown received in the north confirmed to the south that northerners would never tolerate the southern way of life.

Aided by a split among within the Democratic Party, Republican candidate Abraham Lincoln won a clear majority of electoral votes, but he had received less than 40% of the popular vote. A key plank in the Republican platform was the decision to prevent the spread of slavery, although slavery would be permitted to continue where it already existed, therefore the election of a Republican president meant that slavery would eventually disappear. Seven states declared their intention to secede from the Union before Lincoln was inaugurated. Outgoing president James Buchanan refused to recognize the states’ right to leave the Union but also refused to employ force to prevent them from leaving, essentially leaving the problem for Lincoln, who became the focus of the south’s anger.

President-elect Abraham Lincoln is traveling to Washington for the inauguration in February 1861. War seems unavoidable since seven states have already succeeded from the Union but nothing can actually happen until Lincoln has been inaugurated. John Kennedy (Dick Powell), a detective from New York City, learns of a plot to assassinate Lincoln in Baltimore but his superintendent refuses to believe him, so he resigns and goes on his own to Baltimore. As soon as he boards the train, Kennedy’s partner is killed, and he soon discovers that he is pitted against a conspiracy. Learning that the assassin is on the same train, it is a race against time to unmask the assassin before Lincoln walks into a trap.

The city is full of talk of the war that appears inevitable. Seven states have seceded, units of soldiers are being transferred, southerners are returning home, and everyone is discussing what Lincoln should do. One of the passengers is Colonel Caleb Jeffers (Adolphe Menjou), a businessman with political connections, who became a colonel overnight when the army was rapidly expanded, which illustrates the speed with which the two sides militarized. The Civil War was one of the last wars where local leaders would raise companies in their communities.

Throughout the movie, the viewer hears snippets of conversations that reveal the genuine hatred, even in the north, that people had for Lincoln. Many people openly hope that he is shot, since that would end the problem. Some people oppose Lincoln simply because he will cause a war which will be bad for business. Finally unmasked, the assassin claims that a single bullet will save thousands of lives, northern and southern. This widespread resentment may seem strange today but it did exist. Although tensions between the north and the south had been rising for the past decade, the election of Lincoln was the trigger.

The film is an astonishing indictment of slavery without resorting to dramatic scenes of beatings and slaves being treated like talking animals. Instead, the script captures the twisted thinking that enabled slave-owners to view slaves as part of the family without considering the ramifications of owning a human being. A young slave named Rachel (Ruby Dee) has a mind of her own and appears comfortable with her life as a slave, but that contentment proves to be a mask. Presented with defiance, Ginny Beaufort (Paula Raymond), Rachel’s owner, cracks the whip by simply saying that they will soon be back in the South, implying that punishment is more likely to be executed once they are in a slave state. When her loyalty is tested, Rachel comments with a hesitant but determined dignity that freedom is not something that you should have to ask for, it is something you should be born with. At the same time, the busybody, opinionated abolitionist shows that not every northern abolitionist actually had any first-hand experience with slavery.

For those wondering why Rachel did not simply get off the train while it was still in the north, since slavery was illegal there, the Dred Scott case had made that impossible. After his offer to purchase his freedom from Irene Sanford, the widow of his former owner, was rejected, Dred Scott launched a lawsuit against her, eventually appealing to the United States Supreme Court. The court ruled in 1857 that the descendants of Africans were not citizens of the United States, therefore they had no right to submit a case to the supreme court, and since slaves were the private property of their owners, the Missouri Compromise did not have the legal authority to deprive an owner of his or her property. The court’s judgement simply added fuel to an already blazing fire, further deepening the divide between the abolitionists and the pro-slavery supporters in the south.

The plot to assassinate Lincoln in Baltimore did exist, or at least detective Allen Pinkerton, founder of the Pinkerton Agency, was convinced that it did. Hired by the railroad to ensure Lincoln’s safety as he travelled from Springfield, Illinois to Washington, D.C., stopping at seventy towns and cities along the way to make speeches, Pinkerton believed that he had discovered evidence of a plot to assassinate Lincoln when the train stopped at Baltimore, Maryland. Since Maryland was a slave state, Baltimore was naturally filled with secessionists, which supported the likelihood of the plot. According to Pinkerton, the conspiracy was led by Cipriano Ferrandini, a Corsican hairdresser who had emigrated to the United States, but he was never actually convicted of plotting against the president. Persuaded to cancel his speech, Lincoln was guarded by Pinkerton as he basically snuck into Washington. The experience was a profound embarrassment to Lincoln, who asked “Did any president ever steal into Washington like a thief in the night?” The president’s shame was echoed by many of his supporters, and he was mocked by his opponents as a coward.

Lovers of trains will adore this movie. The opening credits roll over a train slowly making its way into a dimly lit, cavernous train station, and the train itself is a fantastic location with claustrophobic interiors. The conflict between the train conductor and the engineer, whose sole goal in life is ensure that his train stays on schedule but is constantly frustrated, is a joy to watch.

In addition to an impressive historical accuracy, the movie has all of the elements of a thriller. Kennedy’s partner is murdered, someone tries to impersonate him, he faces a surprisingly wide conspiracy and he is stuck on a train without a gun even though it seems that every other passenger is armed, and his attempts to obtain a gun are constantly foiled.

A brave and resourceful detective, Kennedy analyzes carefully the various suspects’ characters. Despite his obsession with safe-guarding the president, he appears to be the only person on the train without a political opinion. He wants to protect Lincoln because he had fallen under his spell while guarding him for a couple of days during the campaign.

Bridging the gap between director Anthony Mann’s film noir B-movies and the noir Westerns that he would make with James Stewart during the 1950’s, The Tall Target is one of his less-known movies. Fortunately, Warner Brothers has finally released it on DVD as part of its Warner Archive, introducing it to a new generation.

Combining a great mystery with superb historical accuracy, The Tall Target uses the Baltimore Plot, a suspected conspiracy to assassinate President-elect Abraham Lincoln during a stop in Baltimore, to illustrate the tension in the United States as the nation found itself on the verge of civil war.